Licensed to London News Pictures. 13/02/2017. Mosul, Iraq. Iraqi National Security Service officers search a house for a suspected ISIS fighter during a raid in the city. 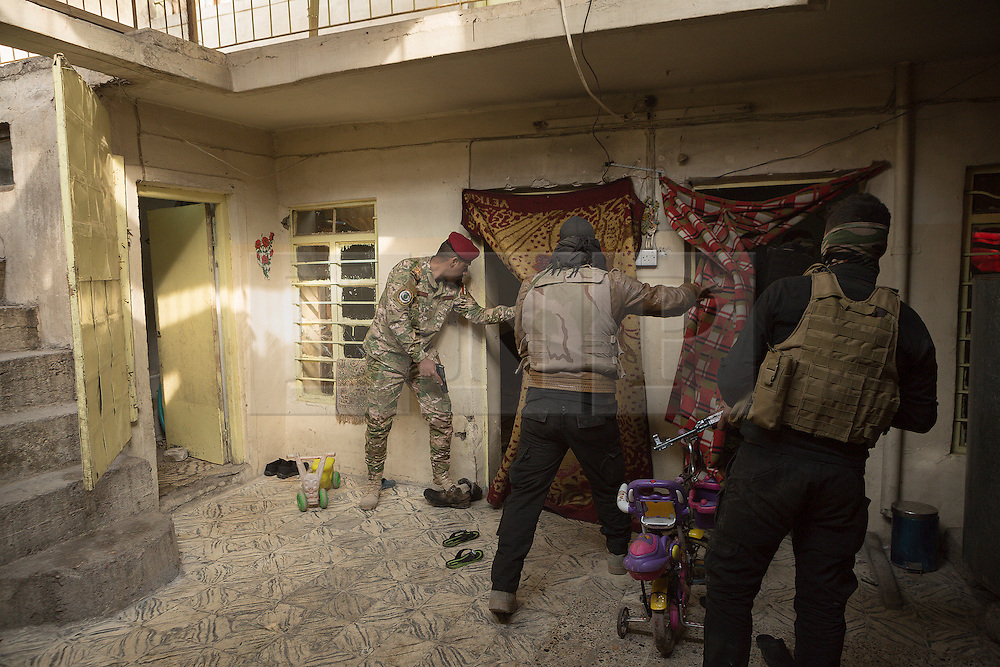