© Licensed to London News Pictures. 01/07/2019. York UK. The packed parachute on Neil Campbell's bike. Neil Campbell, the European cycling speed record holder has been testing his £15,000 custom built Moss bicycle complete with stopping parachute at Elvington airfield in Yorkshire ahead of an attempt to break the 167mph world cycling record later this year. Neil is towed up to speed behind a Porsche Cayenne before he is released & peddles on to his top speed. Photo credit: Andrew McCaren/LNP 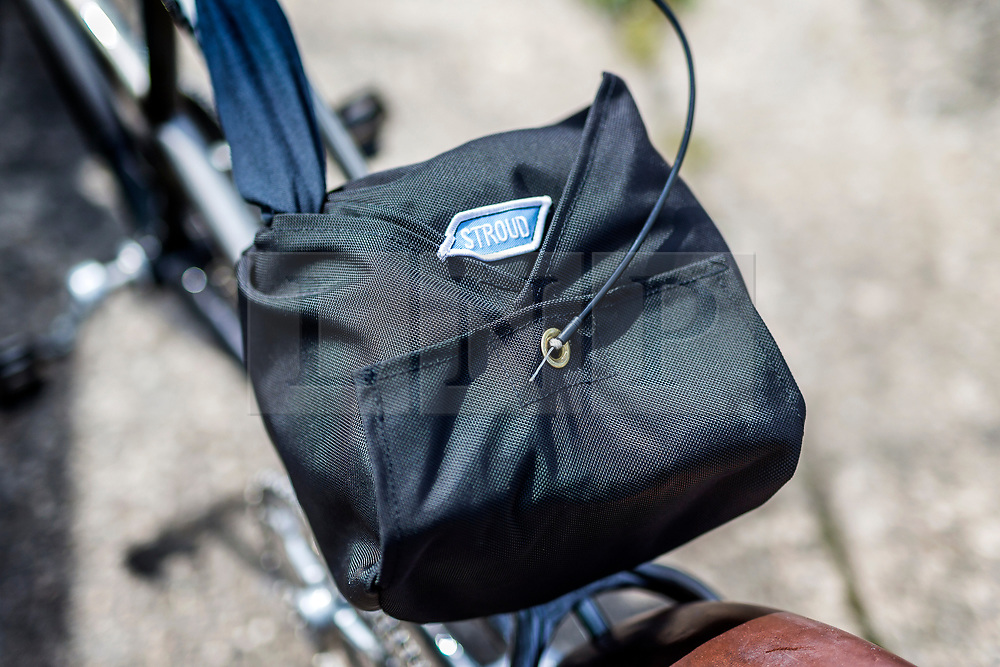