© Licensed to London News Pictures 20/11/2012. Netivot, Israel. As an attack alarm sounds in the town of Netivot a local family take cover in a safe room. Shalomi Korkvados (pictured right) tries to call his brother who has not made it into the house. The family had earlier lost their home in a rocket attack on the same street. The family have taken refuge in a neighbours house until it is safe to return to the house which is on the same street. Shortly after the alarm her son manages to get into the house after trying to find some cover from the nearby rockets which were intercepted by the Israeli Army. Photo credit : Alison Baskerville/LNP 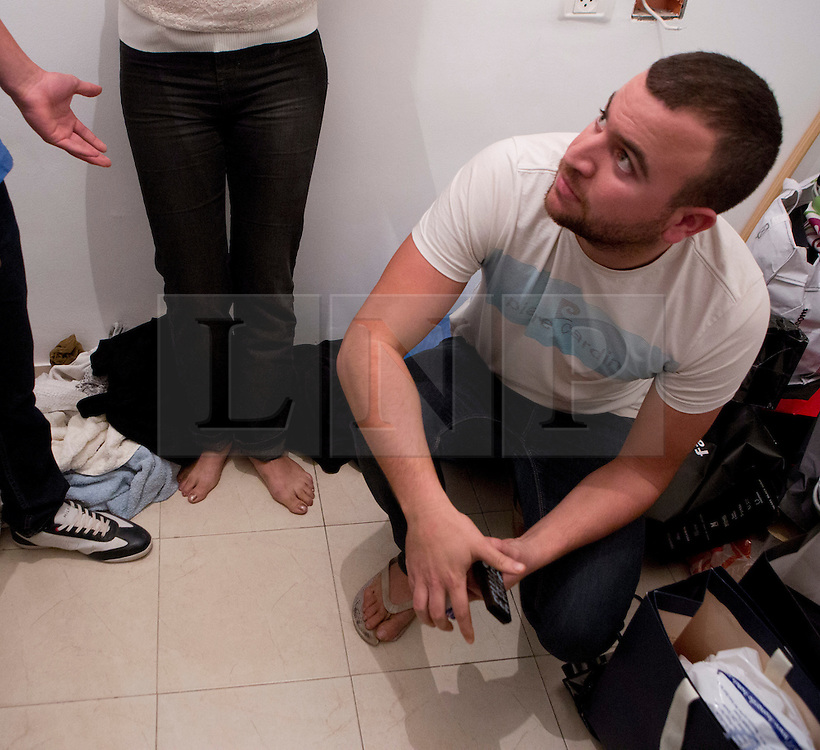