© Licensed to London News Pictures; 16/09/2020; Bath, UK. The canal boat "Pollyanna" is seen partly submerged on the river Avon in Bath as Harry a friend of the owner works to attach a recovery line. Canal boats were evacuated and some boats sunk on the river Avon at Twerton after the sluice gates failed yesterday evening (15 September) and the water level dropped dramatically. The Fire Service assisted. The Canal and River Trust have issued a statement saying a drop in water level on the River Avon was caused by a failure of the Environment Agency’s sluice gates and that the sudden and dramatic drop in levels meant that it was impossible to give warning to the boaters. The Canal and River Trust say they understand the difficulties faced by the EA in repairing the sluice and this is the second time this has happened, so they are looking to the EA to find a solution as a matter of urgency. Photo credit: Simon Chapman/LNP. 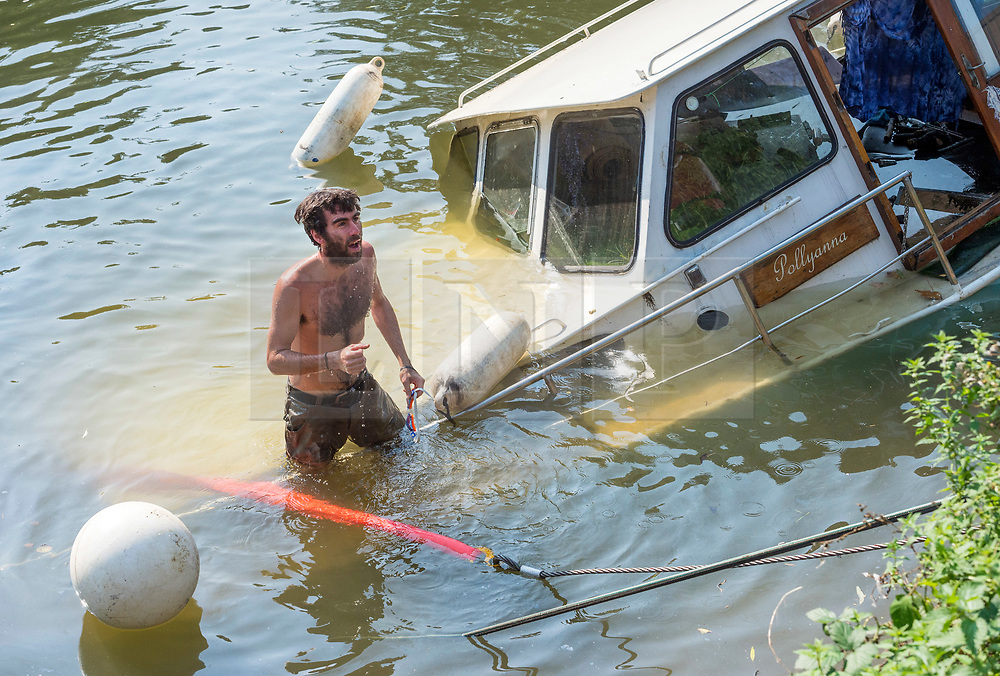