© Licensed to London News Pictures. 03/09/2016. A striking luxury motor yacht known simply as A has sailed up the Thames and under Tower Bridge. Designed by Philippe Starck and built in 2008, the unconventional 119m long luxury yacht has a distinctive knife-like hull. The $300million yacht was built for Russian billionaire Andrey Melnichenko but it was reported earlier this year he was selling the vessel after having a new, even bigger, $450 million yacht built. Credit: Rob Powell/LNP 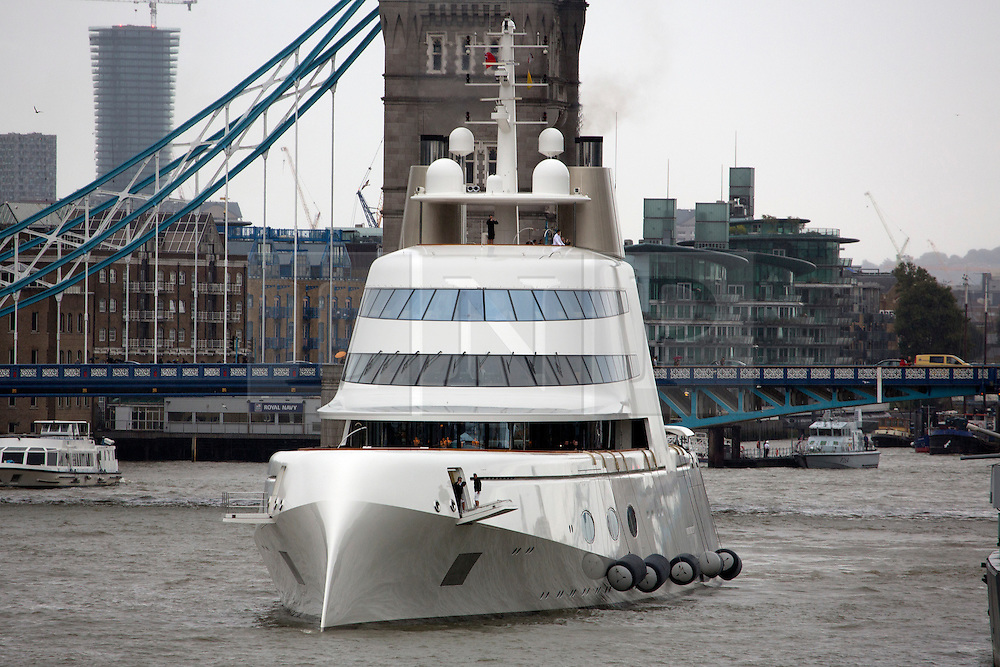