© Licensed to London News Pictures. 30/04/2014. London, UK. Royal Marines pose in front of the Tower of London on 30th April 2014 with British actor, Tom Hardy. The Royal Marines Corps of Drums are attempting to break the World record for the longest continuous drum roll as part of a year of celebrations to mark the 350th anniversary of the Royal Marines and raising money for the Royal Marines Charitable Trust Fund.  The current record stands at 28 hours, 19 minutes and 3 seconds and they hope to extend this to 64 hours. Photo credit : Vickie Flores/LNP 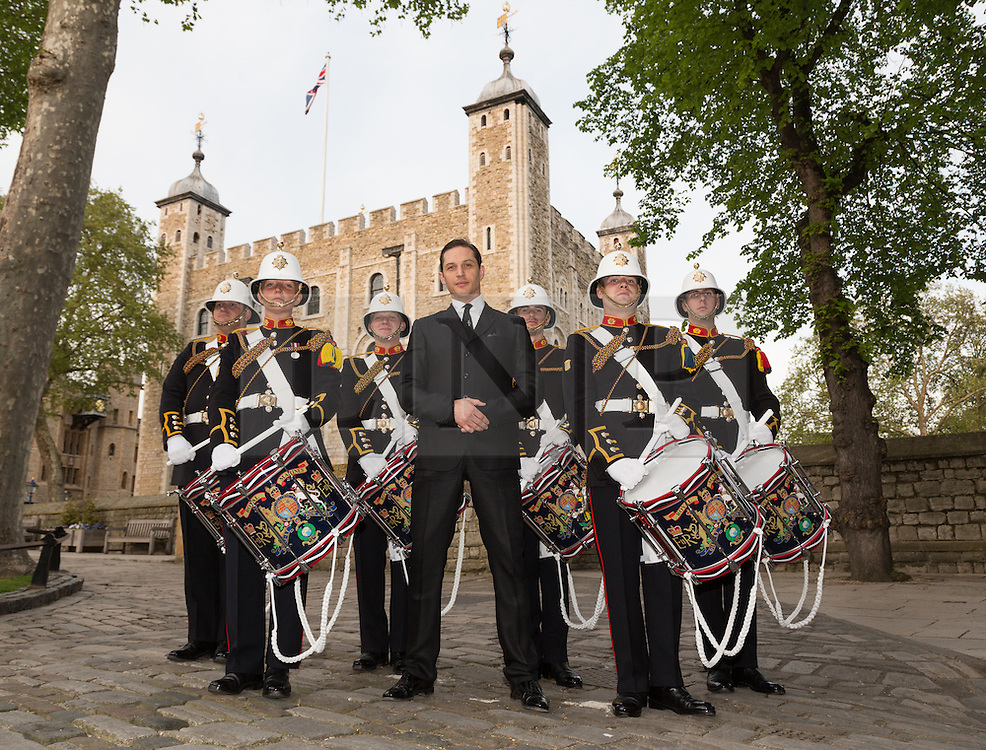