Licensed to London News Pictures 17/08/2012..Today picture of Saddleworth Moor on the A635, an area searched recently. Moors Murderer Ian Brady has revealed information about where one of his victims, 12-year-old Keith Bennett, is buried, Police believe. A woman has been arrested in south Wales on suspicion of preventing a lawful burial of a body. Brady and Myra Hindley murdered five children between 1963 and 1965 and Keith's is the only body never found. They kidnapped, tortured and murdered the children, whose bodies were buried on Saddleworth Moor in the Oldham/Manchester area....Photo Credit Julian Brown/LNP 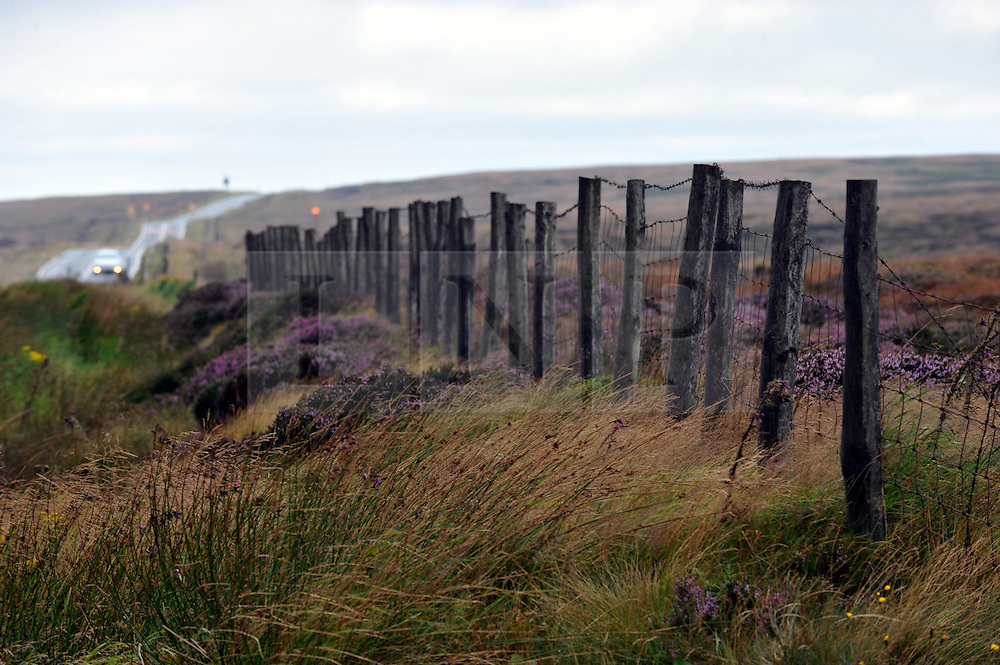