© Licensed to London News Pictures. 21/04/2016. London, UK. A Beefeater watches the Honourable Artillery Company (HAC) fire a 62 round gun salute at The Tower of London, near Tower Bridge to mark the 90th birthday of Great Britain’s Queen Elizabeth II. A Royal Salute normally comprises 21 guns, but is increased to 41 if fired from a Royal Park or Residence and uniquely, at The Tower of London, a total of 62 rounds are fired on Royal anniversaries, including an additional 21 guns for the citizens of the City of London to show loyalty to the Monarch. Photo credit : Vickie Flores/LNP 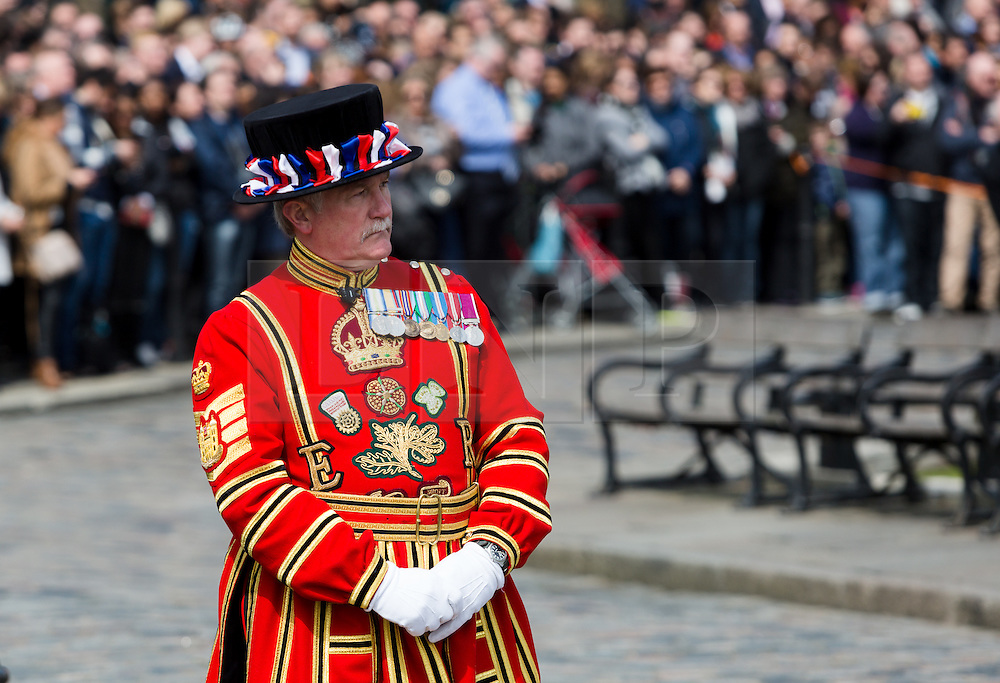