LNP Weekly Highlights 02/05/14. FILE PICTURE. © Licensed to London News Pictures. 27/04/2014. Sulaimaniya, Iraq. A young girl hangs from a car window waving a flag bearing the face of Jalal Talabani, leader of the Patriotic Union of Kurdistan (PUK) political party, during celebrations in the lead up to the 2014 Iraqi parliamentary elections in Sulaimaniya, Iraqi-Kurdistan. 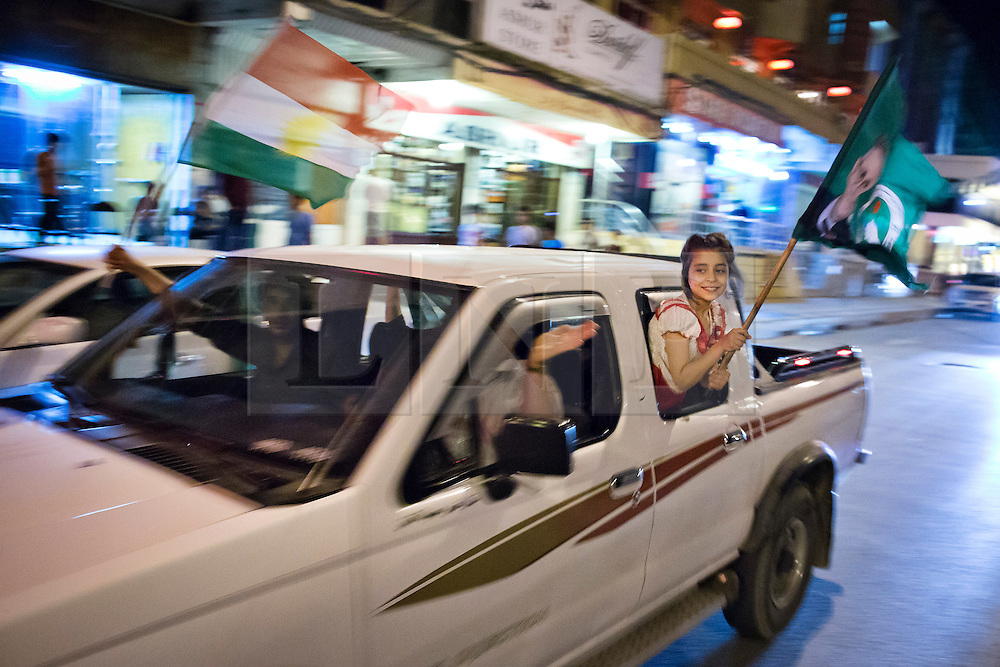