© Licensed to London News Pictures. 27/02/2020. London, UK. A sheep grazes in a field in the village of Sipson near Heathrow Airport as a British Airways passenger plane takes off from the north runway. Sipson is one of the villages that would have been partly demolished to make way for a third runway. Earlier, in a ruling at the High Court, judges halted the planned construction of a third runway at the London airport saying the decision was unlawful because it did not take UK climate commitments into account. Photo credit: Peter Macdiarmid/LNP 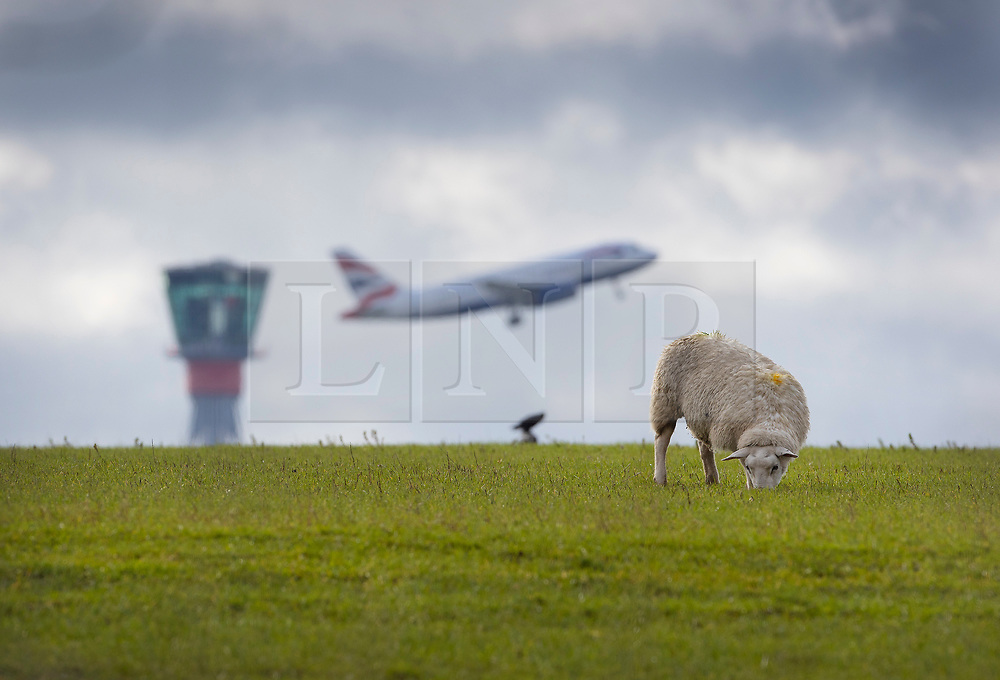