© Licensed to London News Pictures. 25/03/2017. Bristol, UK. A “musical parade” protest by the "Say No to McDonalds in Fishponds" group, part of a two-year campaign against the fast-food chain's proposed new drive-through McDonalds on Fishponds Road. Plans for a two-storey burger bar in Fishponds, which would be built on the site of The Old Tile Factory, were refused by Bristol City Council in February 2015 amid congestion fears and the site’s close proximity to a school. A public appeal by McDonalds was meant to be heard in November 2016 but had to be adjourned after McDonald's’ barrister was “not available”. The appeal has bee re-scheduled until 20 April 2017, and is expected to last six days. Photo credit : Simon Chapman/LNP 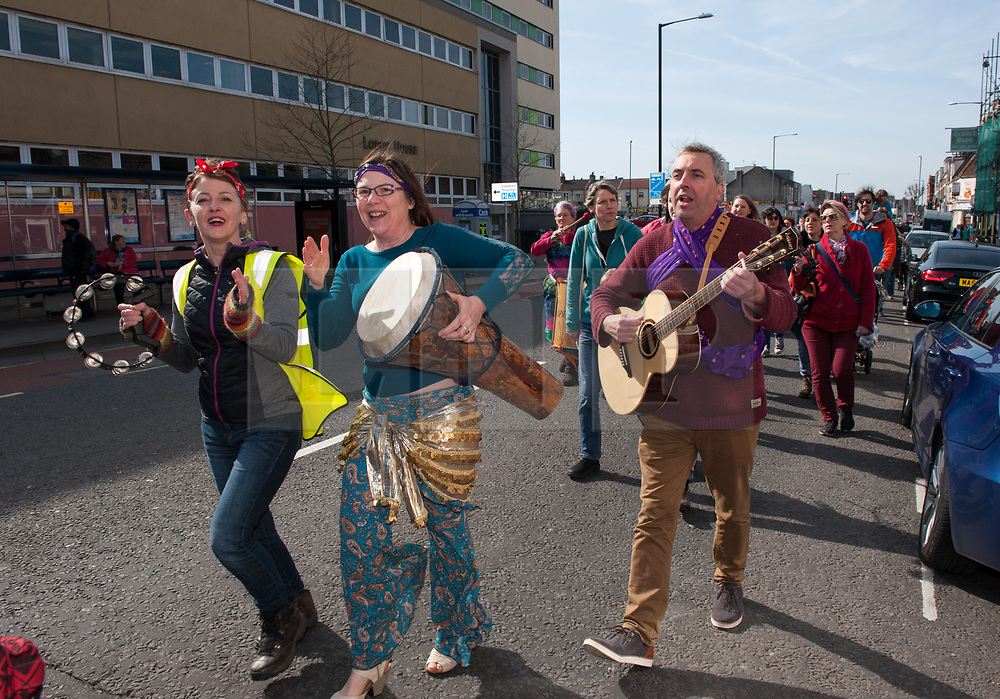