© Licensed to London News Pictures.19/11/14 Luton, UK. FILE PICTURE dated 8.01.13 of a rhino in the enclosure at Whipsnade Zoo after zookeeper has suffered serious injuries after being trampled by one of the animals at the Bedfordshire zoo. The keeper was tramped by the beast as he tended to a rhino early this morning. It’s not clear what caused the animal to attackThe man, who is in his 50s, suffered chest, abdomen and pelvis injuries after the animal attacked inside its enclosure.He was helped by zoo staff, and was taken by ambulance to Addenbrooke’s Hospital in Cambridge in a serious but stable condition.Photo credit : Simon Jacobs/LNP 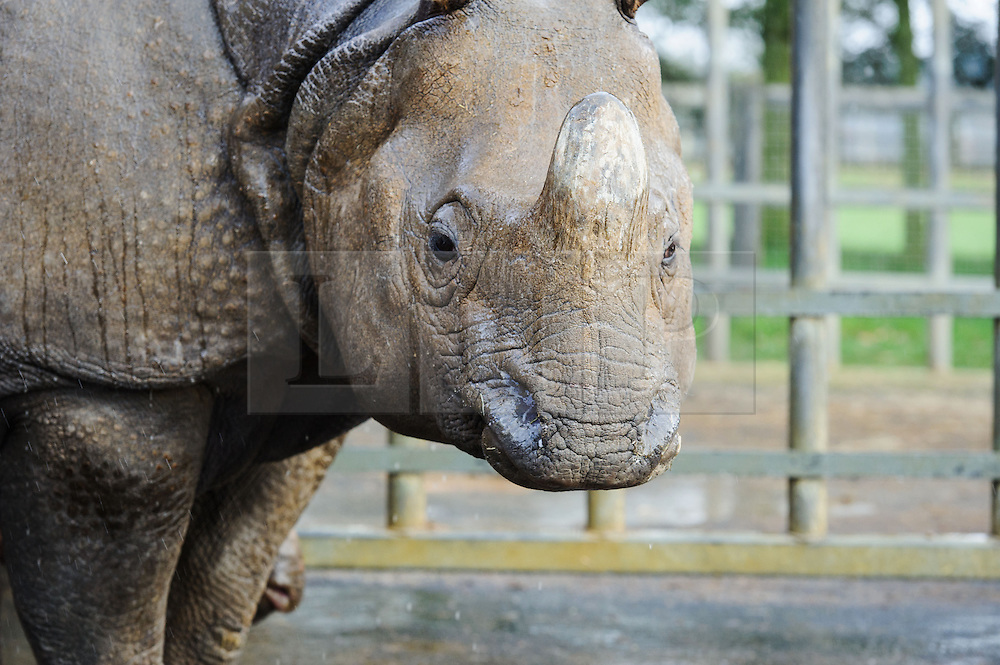