© Licensed to London News Pictures. 03/06/2019. London, UK. The Honourable Artillery Company fire a 103 gun salute at the Tower of London in front of Tower Bridge - 41 guns were fired for the state visit of President of the United States of America, Donald Trump followed by a further 41 guns firing to mark the 66th anniversary of the Coronation of Her Majesty The Queen, followed by 21 guns firing for the City of London. US President, Donald Trump and his wife are on a three-day official visit to the UK. Photo credit: Vickie Flores/LNP 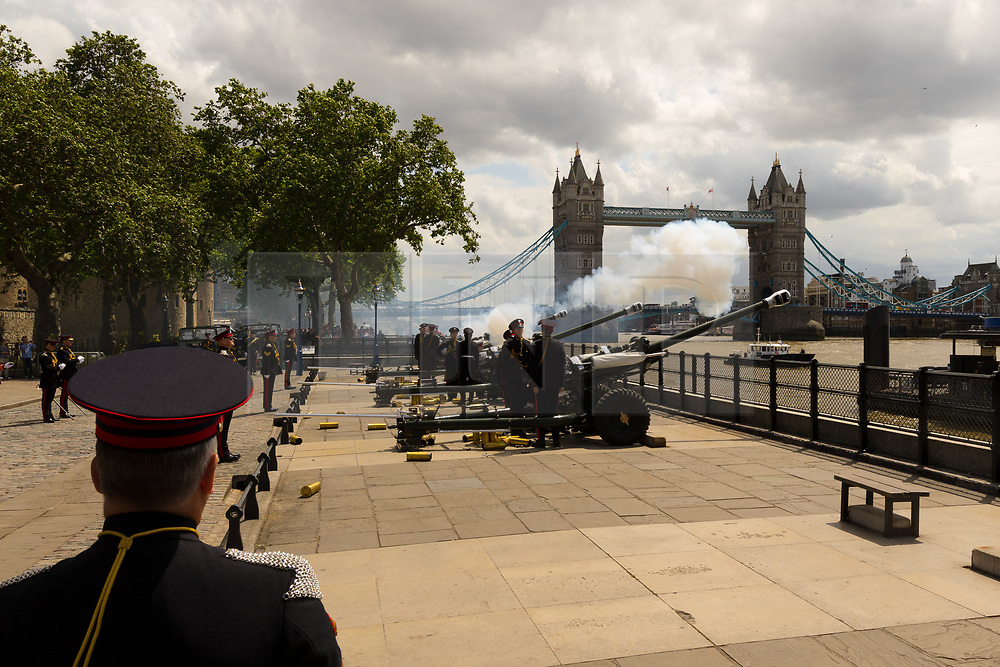