© Licensed to London News Pictures. 07/04/2014. Rotterdam, The Netherlands. Dutch cyclists cycling on the 'fietspad' (bike paths physically separated from the main roadway). On Thursday April 3rd a london cyclist was killed by a waste lorry turning at a junction in Central London, the third cyclist to die in the capital so far this year. Dutch cyclists benefit from safer road conditions than their London counterparts as a result factors such as these cycle lanes. Photo credit : Richard Isaac/LNP 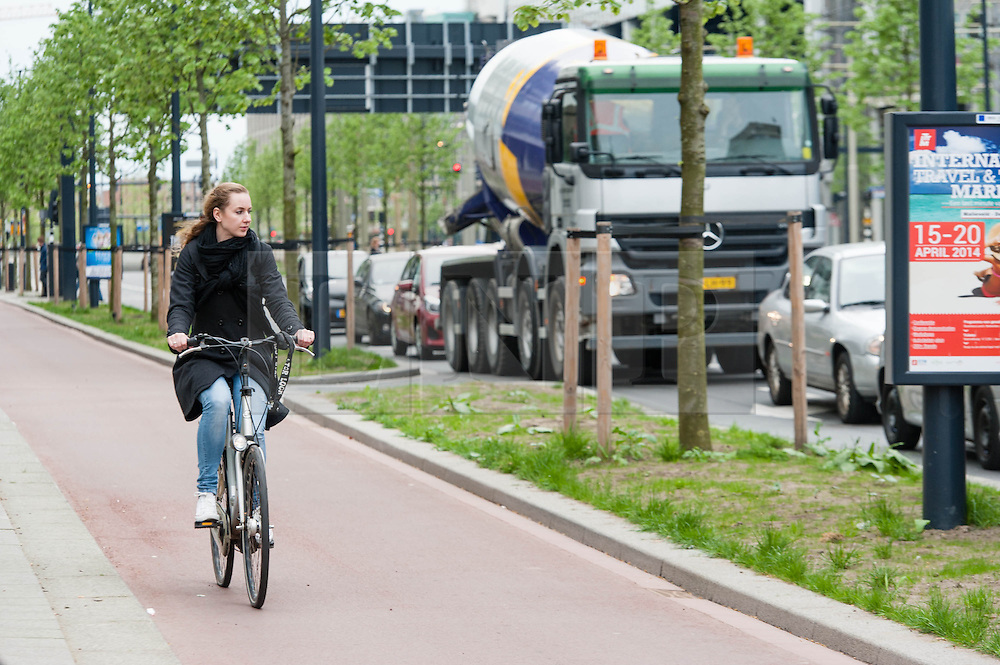