© Licensed to London News Pictures. 14/02/2019. London, UK. A woman walks past a new Jeremy Corbyn billboard from "Led By Donkeys" that has been put up in Mr Corbyn's Islington constituency with a message asking for Labour party support on a pubic vote on Brexit. A previous billboard, errected in the same place on Monday was reportedly removed by Islington Council, who later replaced the blank board when challenged. Photo credit: Vickie Flores/LNP 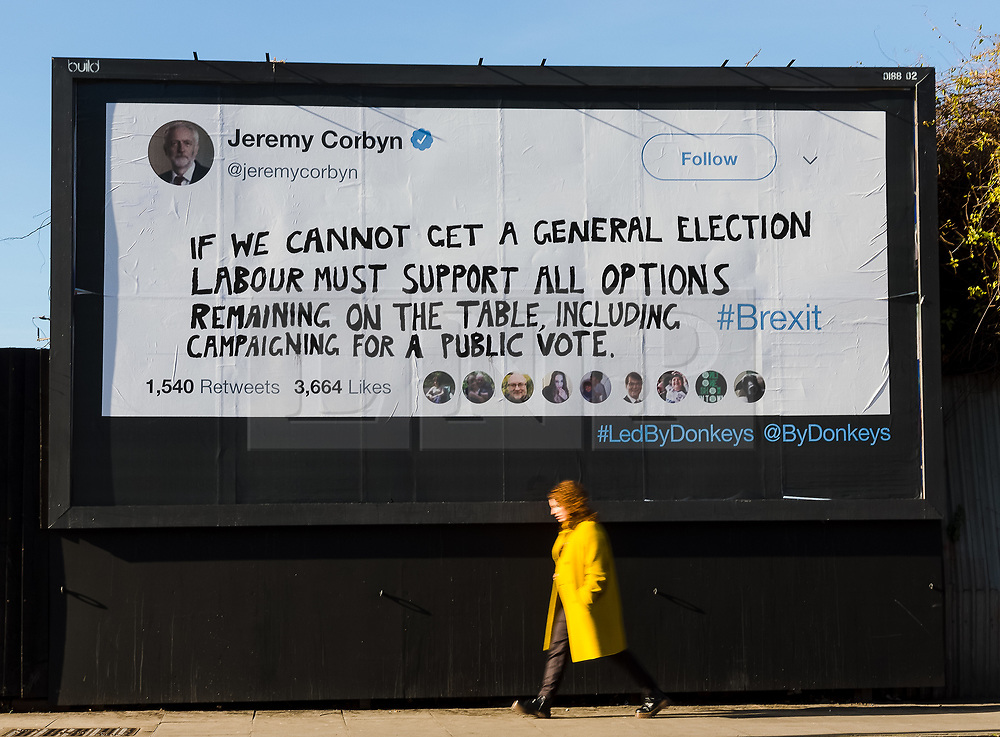