© Licensed to London News Pictures. 27/10/2018. Bristol, UK. The Royal British Legion launch this year's Bristol Poppy Appeal, "One thousand poppies, for one hundred years, for one million lives" at Bristol Cathedral. For the launch of the 2018 Bristol Poppy Appeal at 11am on 27 October, the Royal British Legion recreated a scene from the end of WW1 outside Bristol Cathedral on College Green, and Colonel Clive Fletcher-Wood read the war poem In Flanders Fields. They were joined by Civic Dignitaries Peaches Golding the Lord Lieutenant of Bristol, City of Bristol High Sheriff Mr Roger Opie, and Bristol's Lord Mayor Cleo Lake. A Bugler and the Bristol Military Wives Choir performed songs from their new album ‘Remember’. Staff at MOD Filton filled 400 sandbags with eight tonnes of sand to build trenches and recreate 'Flanders Fields' and planted over 1000 waterproof poppies on College Green. Poppies and sandbags can be sponsored by individuals wanting to remember those who fought and died in conflict. There were re-enactors in WW1 uniform from Somerset Light Infantry (known as the West Country Tommys), as well as medics and nurses with equipment from the time. Bristol’s own ‘War Horse’ (Buzz from Blagdon Horsedrawn Carriages) was on College Green behind the improvised barbed wire to represent the 350,000 horses that left Avonmouth for the frontline during WW1. There are also 10,000 knitted poppies on display both in and outside Bristol Cathedral following 'The Charfield Yarn Bombers' incitement to locals to get knitting to mark the occasion, with a display inside the Cathedral organised by Helen Date. Photo credit: Simon Chapman/LNP 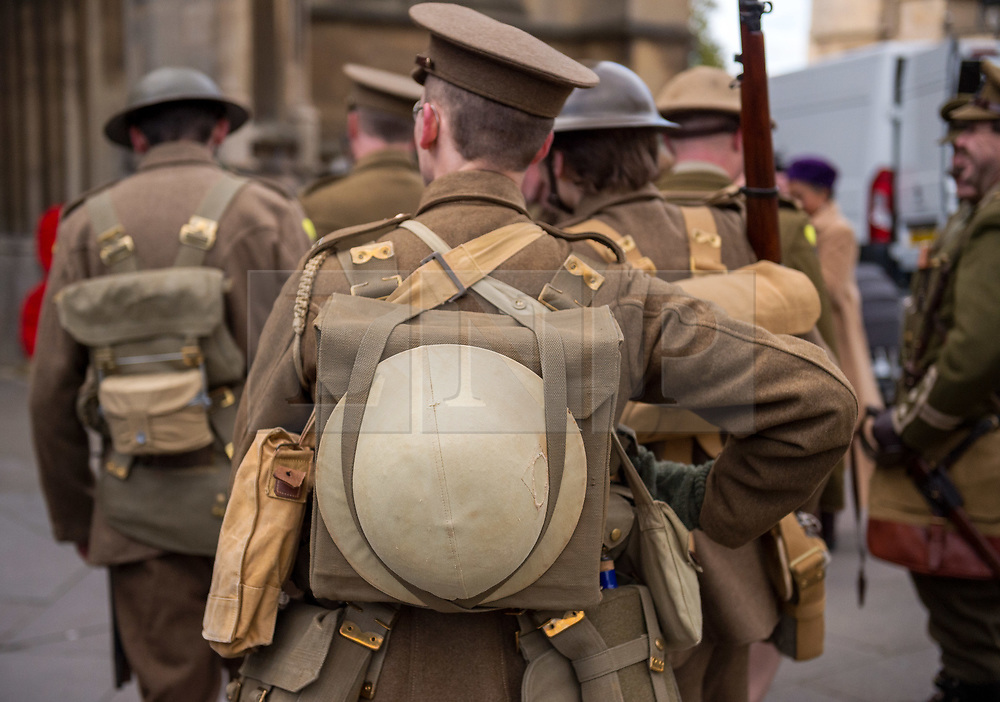