Licensed to London News Pictures. 23/10/2016. Markings denoting that a building contains improvised explosive devices are seen on the door of a former ISIS headquarters in the town of Bartella, Iraq. 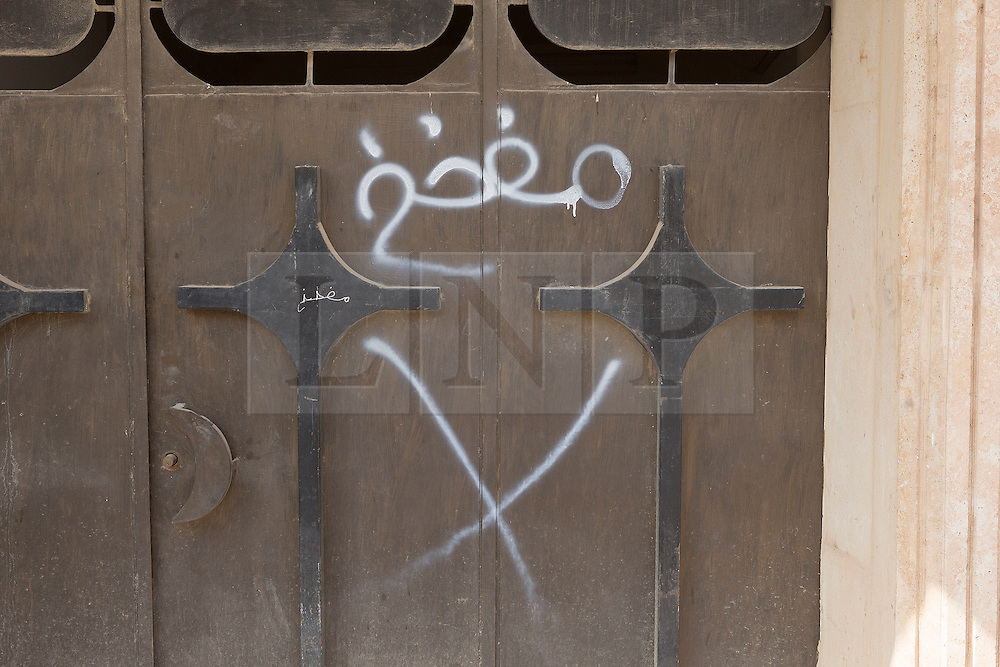