Licensed to London News Pictures. 10/11/2016. Mosul, Iraq. A young girl looks west towards the centre of Mosul as she and other families, escaping from areas within the city where fighting between Iraqi Security Forces and Islamic State militants is taking place, stand in line as they wait to board a bus in the city's Gogjali District. The bus, provided by the Iraqi Army, will take them to the safety of a refugee camp in Iraqi-Kurdistan. 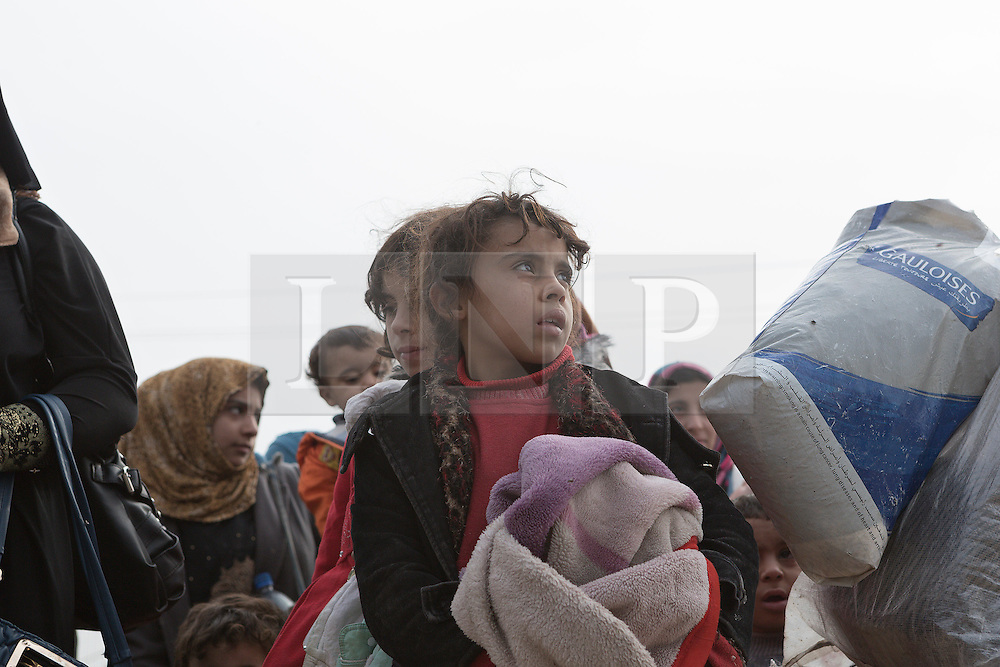