© Licensed to London News Pictures. 24/07/2021. Oxford, UK. Forensic investigators gather evidence at the scene in Oxford town centre following an altercation in which three people were stabbed. Police were called to the Park End Street at approximately 03:15BST on Saturday morning. Three men, aged 20, 22 and 26, were were taken to hospital. A 20-year-old man from Oxford has been arrested in connection with this incident. Photo credit: Peter Manning/LNP 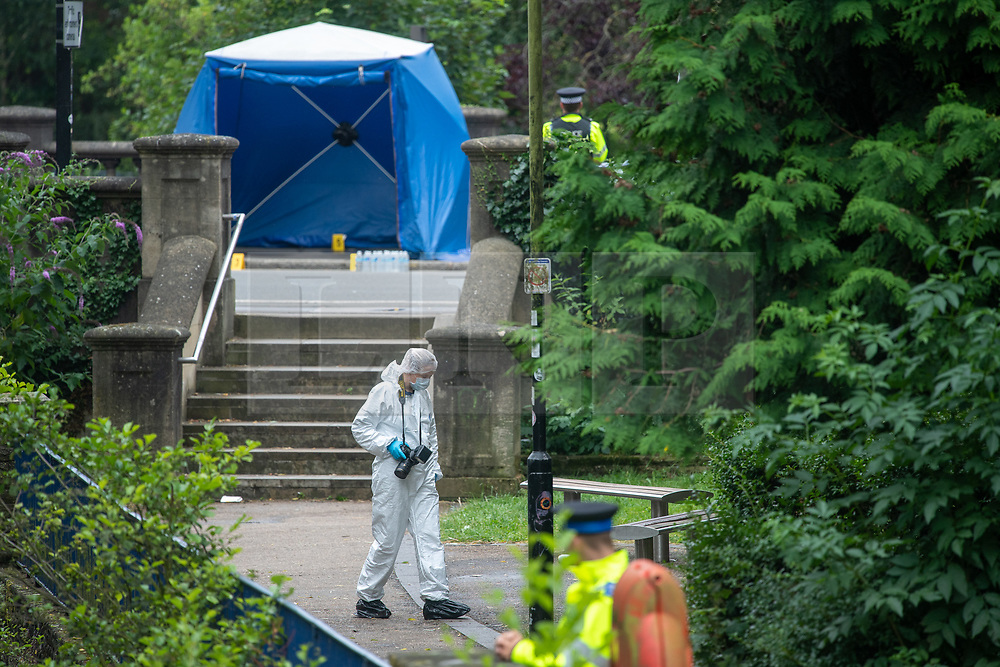