© Under licence to London News Pictures. London, UK. Picture show the chain on the bike that the two people attempted to break. Two people attempt to steal a a motorbike in broad daylight, in front of members of the public, using a piece of scaffolding pole. Several member of the public passed by as the couple arrived on a vespa scooter and proceeded to attempt to break the bikes lock by wrenching it open with the scaffolding. The events took place near to Marylebone High Street in the centre of London. Photo credit: J. Almasi/LNP 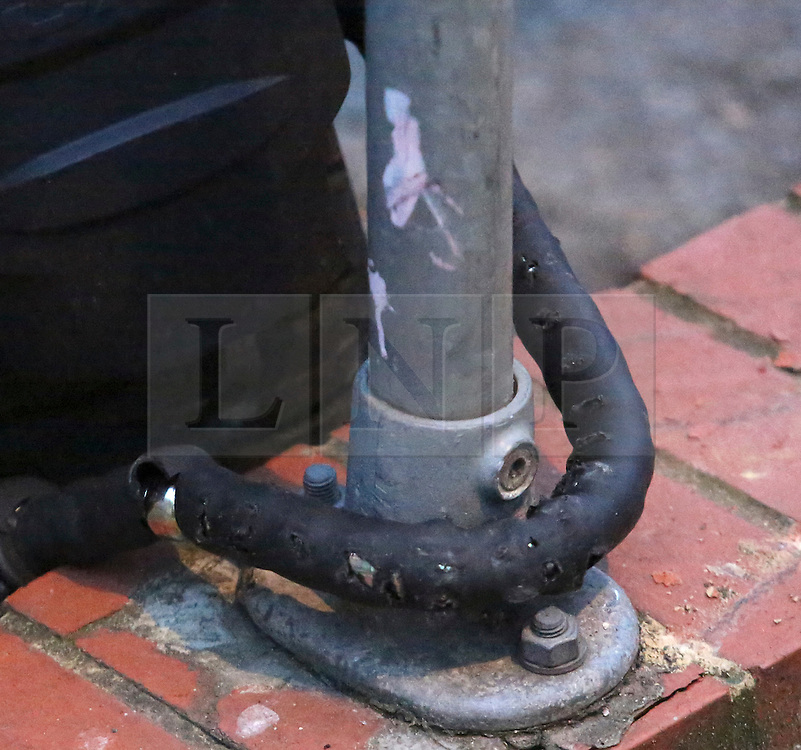