© Licensed to London News Pictures. 10/04/2017. London, UK. A sculpture by artist James de Caires Taylor, depicting a family on a beach, is installed by Greenpeace in front of the entrance of Coca-Cola's London headquarters on Wimpole Street as part of the campaign called "Don't let Coke choke our oceans". The campaign highlights the negative environmental impact of plastics in the oceans as well as Coca-Cola's increased use of throwaway plastics as opposed to recycled plastics. Photo credit : Stephen Chung/LNP 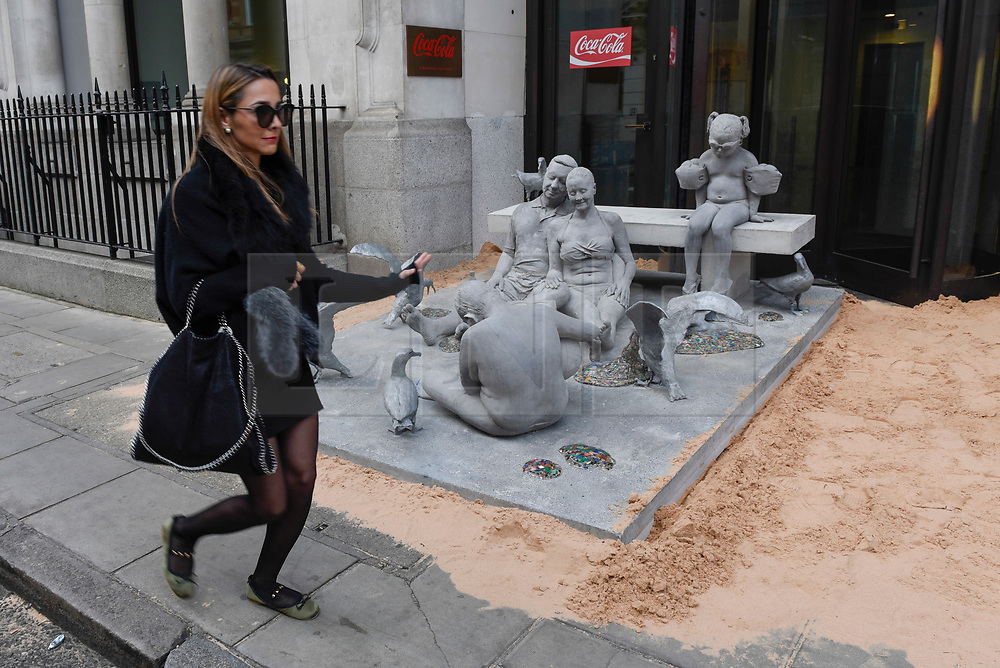