Licensed to London News Pictures. 23/10/2016. A mural defaced by Islamic State militants is seen outside the Mart Shmony Church in Bartella, Iraq. 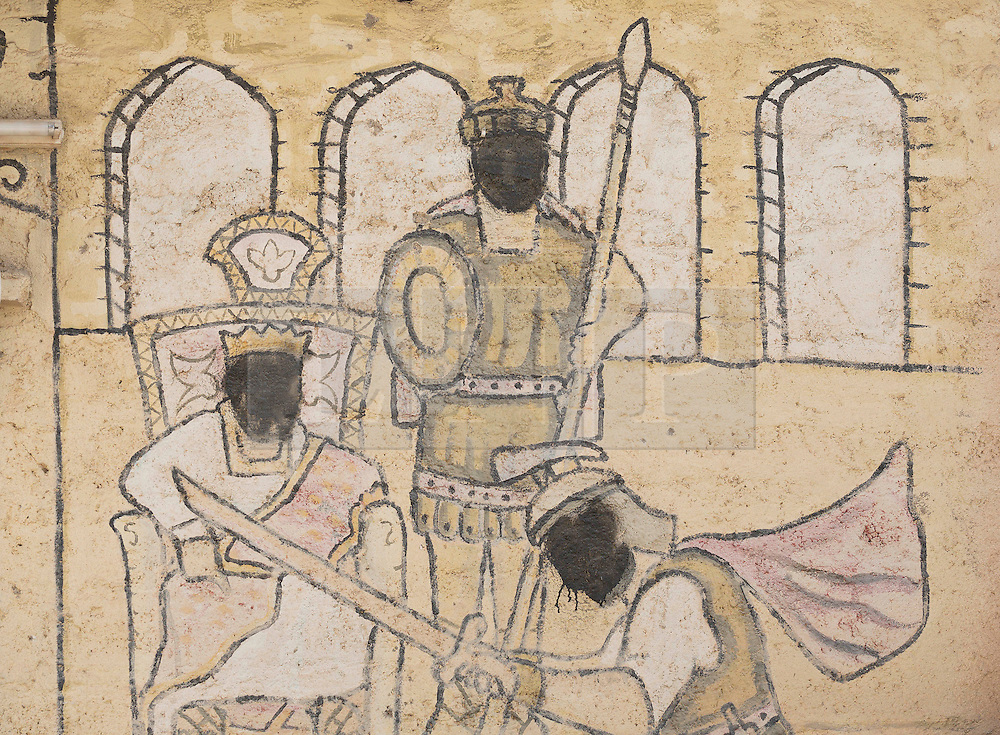