© Licensed to London News Pictures . 13/08/2019. Manchester, UK. A permanent memorial on the site of The Peterloo Massacre ( formerly St Peter's Field , now the Manchester Central Convention Centre ) , designed by artist Jeremy Deller , is opened to the public for the first time this evening (Tuesday 13th August 2019) . The tribute follows a long campaign to see the event memorialised and comes ahead of the massacre's 200th anniversary . The stepped design has been criticised by some for failing to consider accessibility for disabled people . On 16th August 1819 , a rally calling for Parliamentary reform , improved workers rights and against poverty was brutally suppressed by sabre-wielding cavalrymen , resulting in the deaths of fifteen people and many hundreds injured . Photo credit: Joel Goodman/LNP 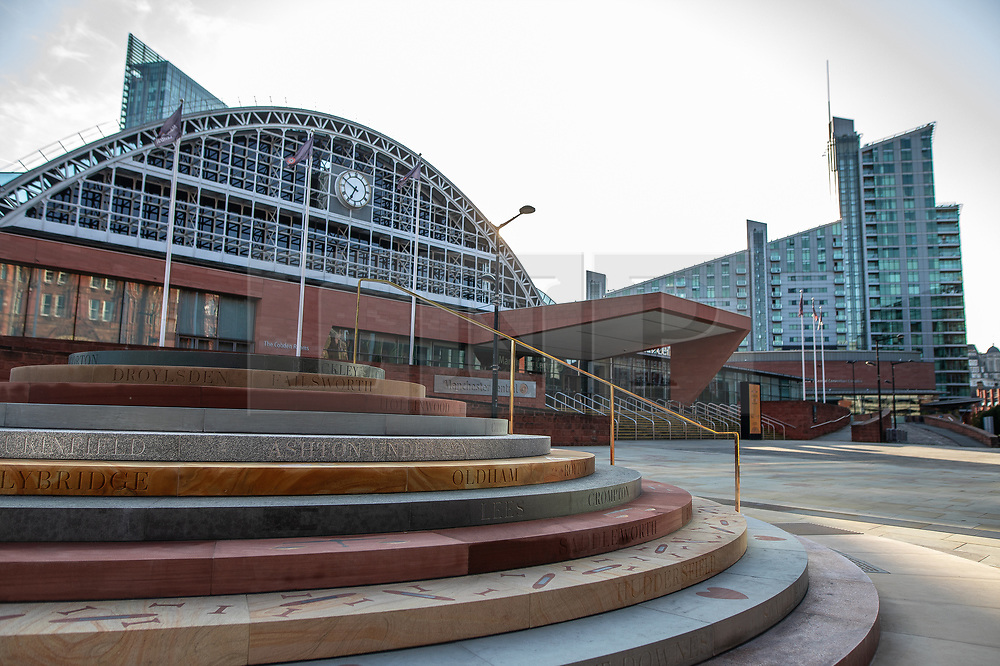