© Licensed to London News Pictures. 23/05/2016. LONDON, UK. Priest-in-Charge of St George-in-the-East church, Angus Ritchie attends the unveiling of a billboard located opposite the Jack the Ripper museum in Cable Street, Tower Hamlets, advertising a new pop-up museum, ‘East-End Women: The Real Story’. Following and opposition and protests against the controversial Jack the Ripper museum, which had promised to celebrate east end women, but activists opposed and claimed glorified violence against women, the museum is a response by the East End Women’s Collective, with funding from 38 Degrees members, which aims to celebrate east end women who have stood up for women’s rights and against violence. The museum will open at St George-in-the-East church from 26th May to 9th July. Photo credit: Vickie Flores/LNP 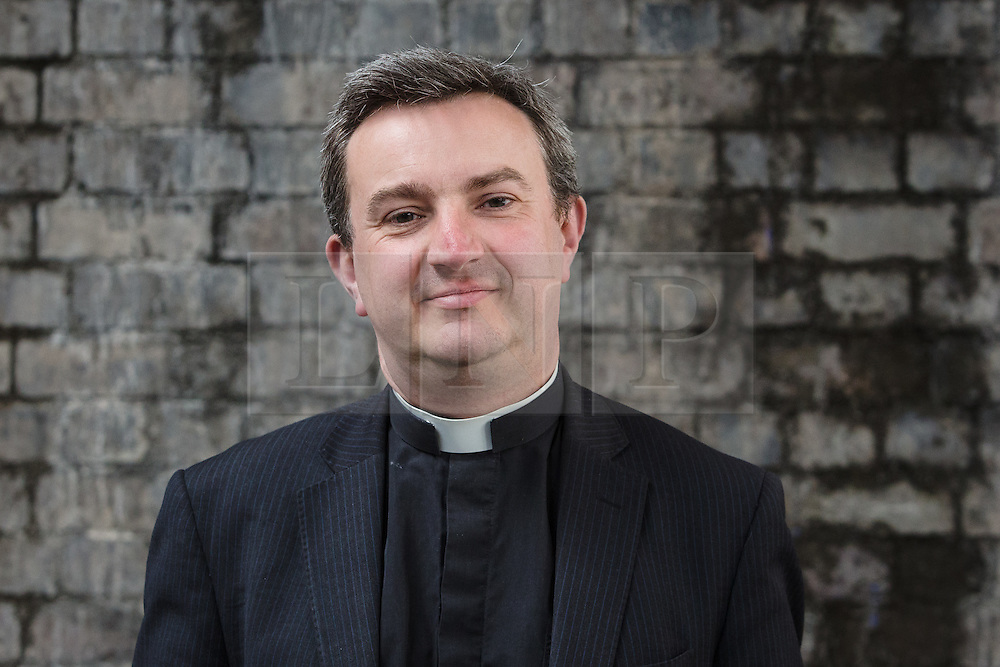