© Licensed to London News Pictures. 12/02/2018. London, UK. Members of the Royal Navy Bomb Disposal Team watch from a boat as one of their colleagues surfaces (L) after diving at the location of the unexploded bomb next to London City Airport which remains closed. A World War II era bomb was found in The River Thames during routine work on nearby King V Dock. Police have evacuated nearby residents, closed the airport and set up a 214-metre exclusion zone. Photo credit: Peter Macdiarmid/LNP 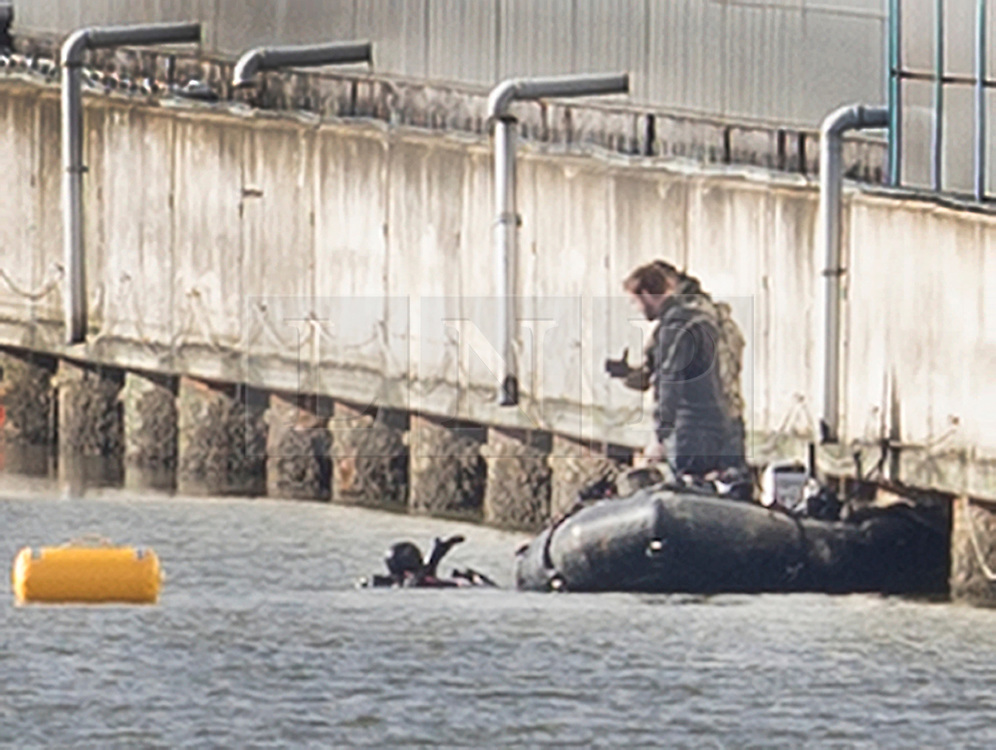