© Licensed to London News Pictures. 10/12/14. London UK. Hundreds of protesters stage a 'die-in' inside Westfield Shopping Centre in West London, over the grand jury decision not to indict a police officer involved in the death of Eric Garner. The die-in was organised by London Black Revs, who launched the action in solidarity with a wave of protests in the US over the death of Eric Garner by a white New York City police officer. There were over 50 arrests including 3 legal observers. After being kettled, protesters were arrested en mass and processed by Met Police Evidence Gatherers and taken away on two TfL double decker buses to police stations around London. Photo credit : Guilhem Baker/LNP 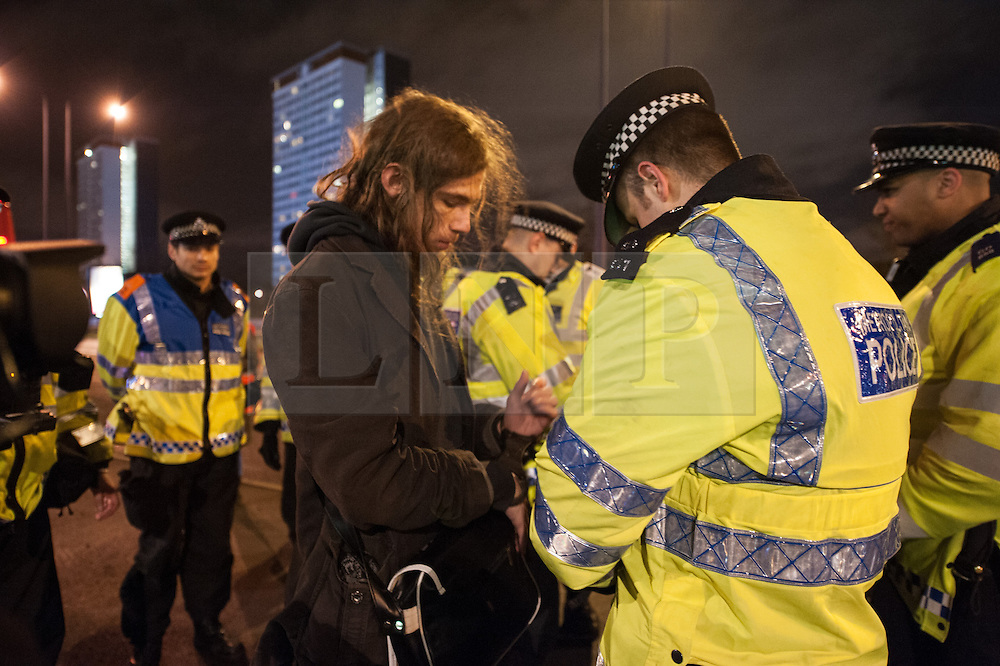