© Licensed to London News Pictures. 27/06/2015. Glastonbury Festival, UK. Two naked male Glastonbury Festivalgoers watching themselves under a tap openly in the campsite on Saturday Day 4 of the festival, in the early hours of Sunday morning while other festival goers walk past watching and laughing. It is Glastonbury Festival 2015. This years headline acts include Kanye West, The Who and Florence and the Machine, the latter being upgraded in the bill to replace original headline act Foo Fighters. Photo credit: Richard Isaac/LNP 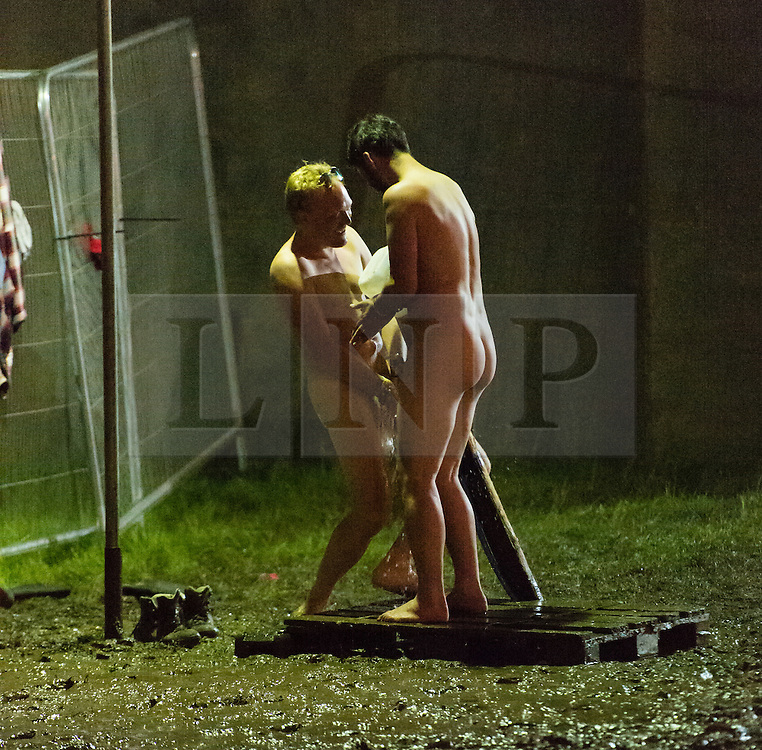