© Licensed to London News Pictures. 16/09/2012. London, UK. Brian May (L) and Bruce Dickinson (Right) perform at The Sunflower Jam at the Royal Albert Hall. Brian May is a founding member and guitarist of Queen, and Bruce Dickinson is a founder member and singer of Iron Maiden. The Sunflower Jam is a British charity, founded by Jacky Paice, wife of Deep Purple drummer, Ian Paice. Other high-profile supporters are the actor Jeremy Irons, ex-Jamiroquai bassist Nick Fyffe and Charles, Prince of Wales. The aims of the charity are to fund complementary therapists and spiritual healers to work on cancer wards in the British National Health Service. After setting up a meeting between members of Deep Purple and a young boy dying of leukemia, Paice saw "all the good work the healers were doing" and decided "lets find a way to raise money to get more healers in there. Photo credit : Richard Isaac/LNP 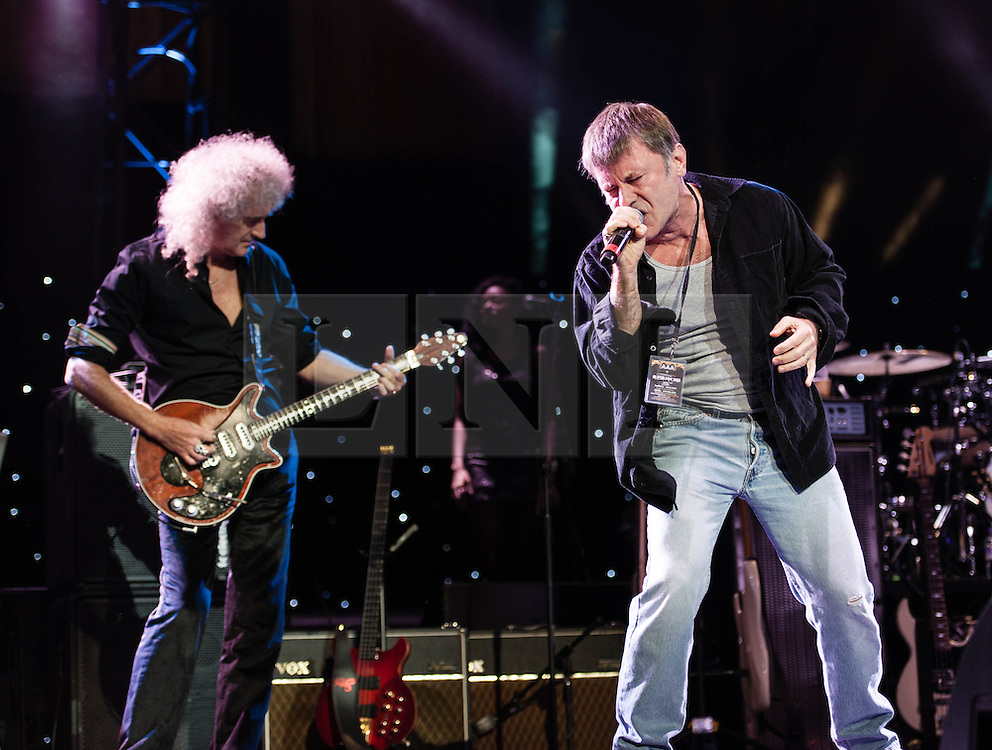