© Licensed to London News Pictures. 27/02/2017. LONDON, UK. Gabby (Gabrielle) and Florian Kuehn leave Mayor’s and City of London court in London after losing the case against their property management company, Victory Place. Gabby and Florian Kuehnn from Limehouse in east London claim they were told their pet dog, a Yorkshire terrier cross, Vinnie could live in their flat when they purchased it, but the management firm, Victory Place has subsequently insisted it has has a blanket no-pets policy. The animal rescue charity, All Dogs Matter are backing the couple and says no-pet rules see thousands of pets dumped each year and the rules are particularly unfair on the elderly and vulnerable who rely on pets for support and companionship. Photo credit: Vickie Flores/LNP 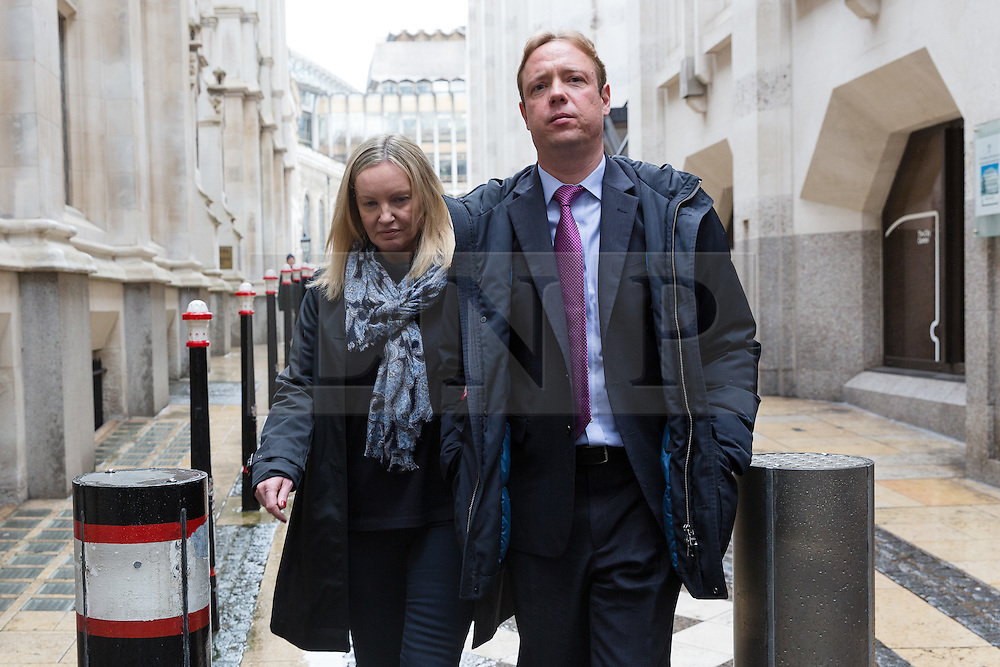