© Licensed to London News Pictures . 08/09/2012 . Manchester, UK . Domenyk Noonan (left) , recently released from prison , walks through Manchester 's Piccadilly Gardens , accompanied by his Nephew , Kieran Noonan (centre in grey tracksuit) . A stranger shakes his hand and give him a thumbs up in the street . The area was the scene of looting and rioting on 9th August 2011 , during which Noonan was arrested . Noonan has announced he plans to sue the police over the arrest . Under the terms of a previous early release , the arrest lead to him being recalled to prison . Photo credit : Joel Goodman/LNP 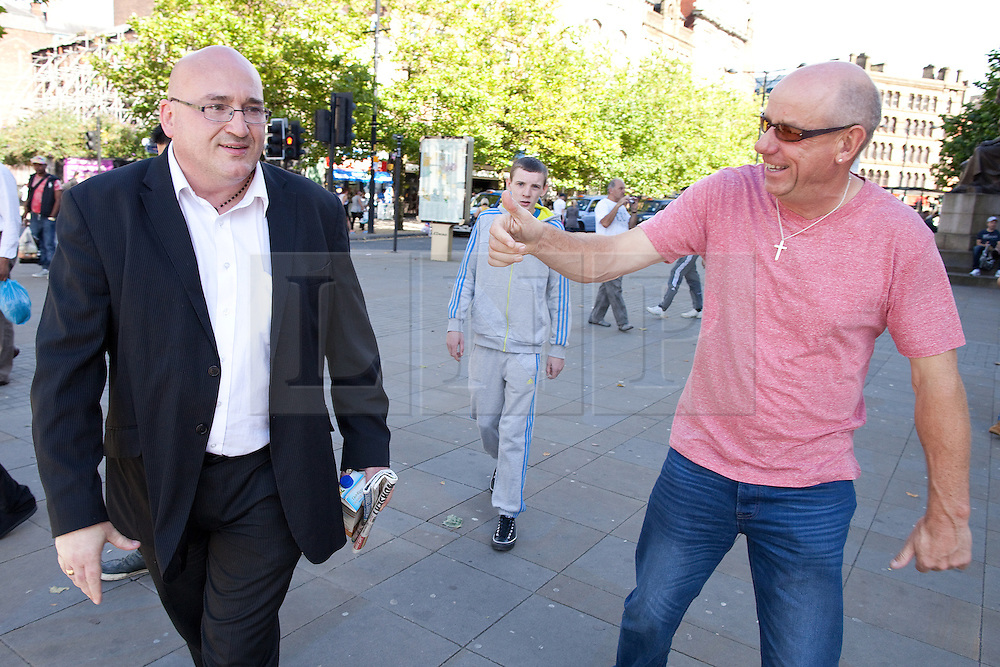