© Licensed to London News Pictures. 17/10/2016. LONDON, UK. Student entrance to Wapping High School in Commercial Road, east London. The Metropolitan Police have been accused of brutality after a 13 year old teenage girl was forcibly restrained and handcuffed by a police officer outside Wapping High School. Video footage which has been shared by the girls family today shows the teenager being hauled across the pavement on her knees with her hands cuffed during the incident which took place on 5th October 2016. The girls family are alleging that the police used unnecessary force and the IPCC is now investigating the allegation. Photo credit: Vickie Flores/LNP 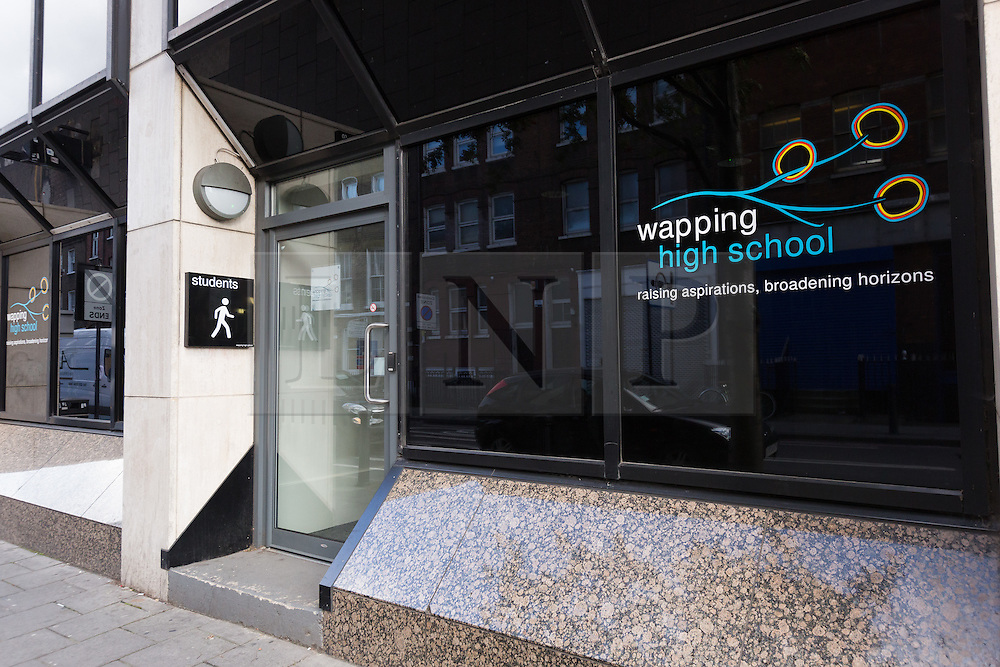