© Licensed to London News Pictures. 11/08/2020. Bisley, UK. A police tent covers an area where investigators are digging at Priest Lane Farm near Bisley in Surrey as part of an historic murder investigation. Surrey Police, supported by the British Army and specialist forensic teams are carrying out a dig in relation to the murder of Tina Baker, 41, in 2002. Tina was initially reported missing after last being seen in Sunbury on 8 July 2002 but the investigation became a murder enquiry in October 2002. In 2005, following an extensive investigation by the Surrey and Sussex Major Crime Team, Tina’s husband, Martin Gerald Baker, was arrested and charged with her murder. In 2006, he was sentenced to 14 years behind bars. Tina’s body was never recovered. Following the conviction, enquiries continued by Surrey Police in order to find out what happened to Tina Baker’s body. Information received has resulted in the decision to carry out forensic investigations in Bisley. Photo credit: Peter Macdiarmid/LNP 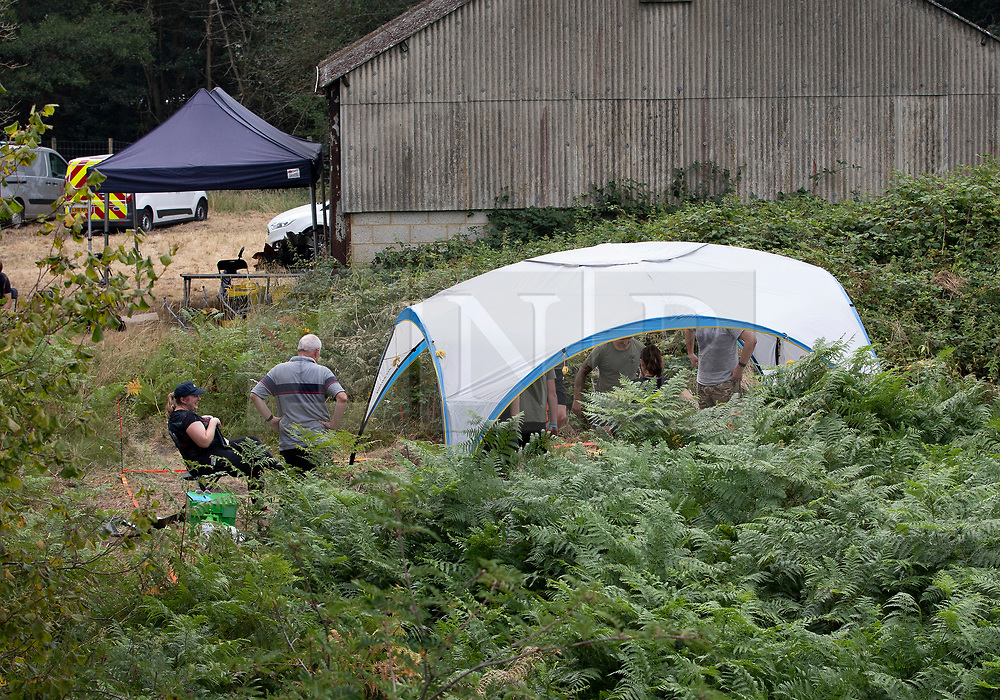