© Licensed to London News Pictures. 27/07/2014. Hamdaniyah, Iraq. Dilar Minowar Salim, 9, an Iraqi Christian refugee from Mosul, talks to her sister, Rania, 5, on the road outside the partially built house they inhabit with 15 members of their extended family in Hamdaniyah, Iraq.

Having taken over Mosul Iraq's second largest city in June 2014, fighter of the Islamic State (formerly known as ISIS) have systematically expelled the cities Christian population. Despite having been present in the city for more than 1600 years, Christians in the city were given just days to either convert to Islam, pay a tax for being Christian or leave; many of those that left were also robbed at gunpoint as they passed through ISIS checkpoints. Photo credit: Matt Cetti-Roberts/LNP 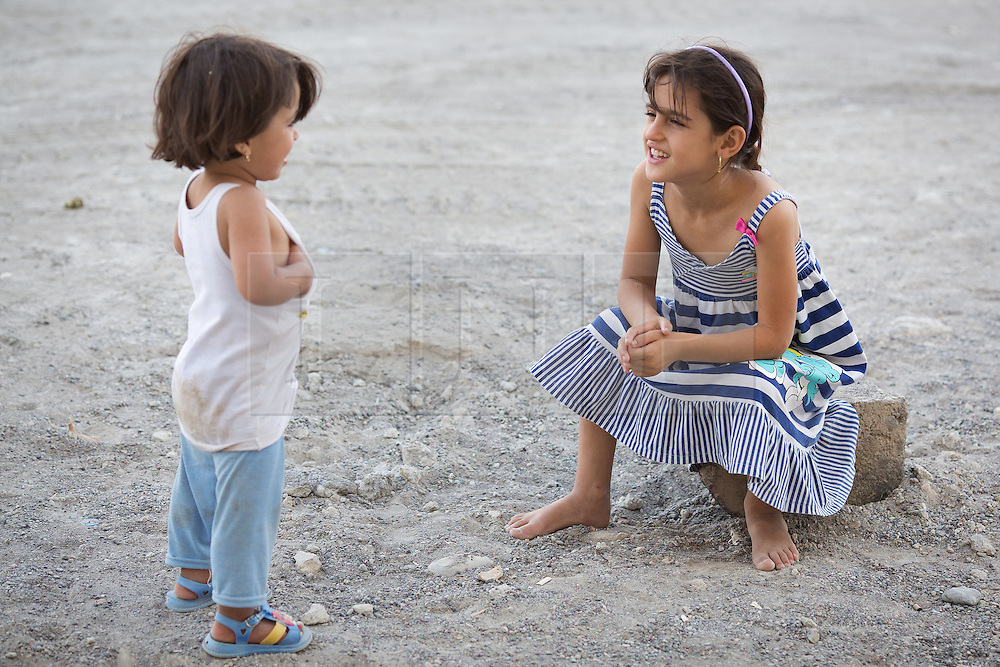