© Licensed to London News Pictures. 17/10/2017. London, UK. People believed to be friends and relatives of the victim hug after placing floral tributes near the crime scene. Police are investigating after a man in his 20's was stabbed to death and two others were injured in an incident on Monday night outside Parsons Green underground station a terrorist attack took place last month. Photo credit: Peter Macdiarmid/LNP 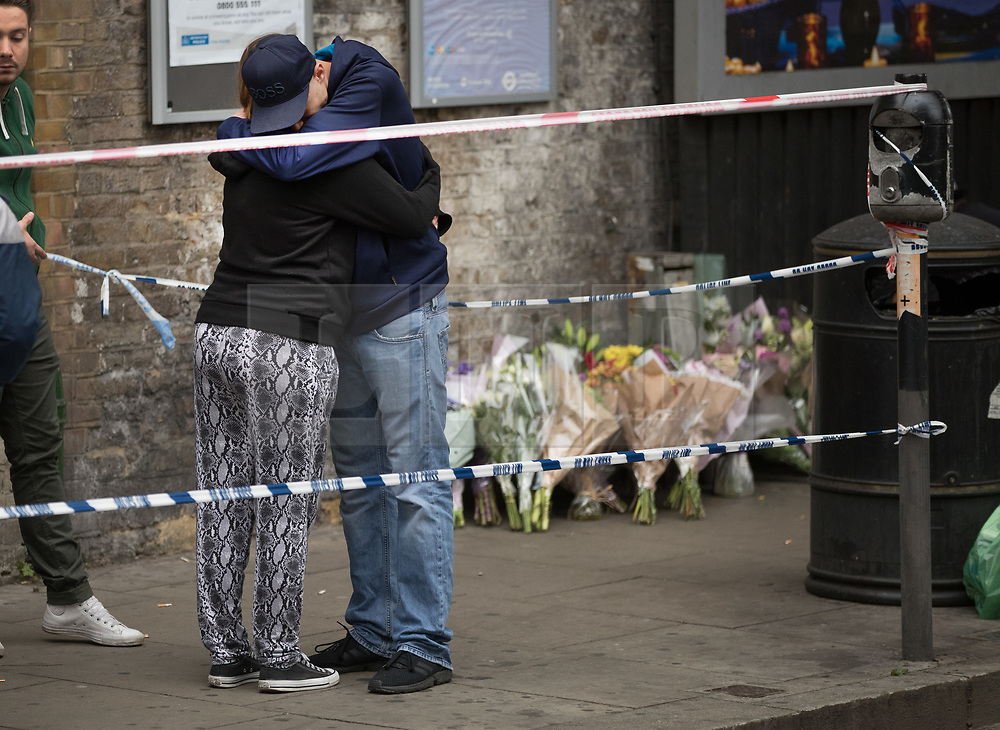