Vicki White (pictured) holds a milk bottle containing a false widow spider surrounded by some of her pets her pets including (L to R) Abi, a 4 month old Chug, Albert a 7 month old Chihuahua, Poppy a red setter and an unnamed giant tortoise.

Nursery manager Vicki White found the spider in the bathroom of her Chalgrove home after returning from holiday. After safely trapping it in a milk bottle she has added it to the family's large collection of animals. Vicki and her children own three dogs, four cats, two micro pigs, two giant tortoises, four turtles, two rats and one spider. 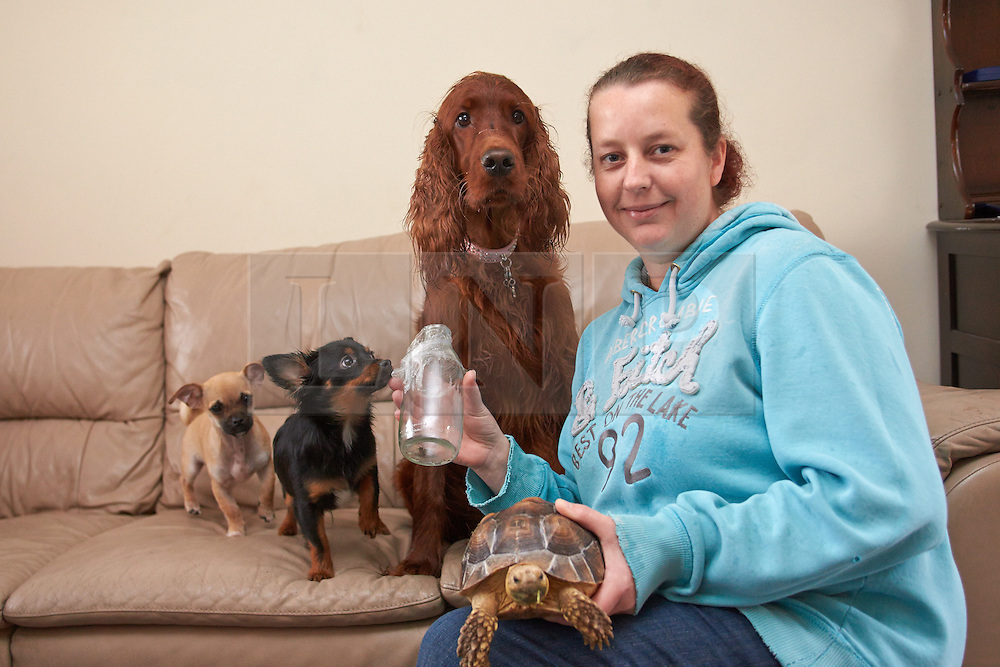