© Licensed to London News Pictures. 25/05/2019. Bristol, UK. STEVE and CHERYL (middle and right, no surnames given) with a cans of cider at a "drink-in" protest, organised by Bristol Momentum Youth, held in Bristol's Castle Park against fines under a Public Space Protection Orders (PSPOs) now being implemented by Bristol City Council which are used to ban alcohol drinking in certain areas. Though most of the alcohol in public bans have been in place since late 2017, they weren't actively enforced until this year when contractor 3GS took over the council contract for litter and other rules enforcement in outside spaces from previous contractor Kingdom. The PSPO rule states that: “No person in the restricted area shall be in possession of any opened or unsealed bottle or container of alcohol”. The fines can be up to £100 and protestors say it will disproportionately affect the least well off in the community who are also likely be targeted more with the fines in the first place, and is another step in eroding the use of public space. Photo credit: Simon Chapman/LNP. 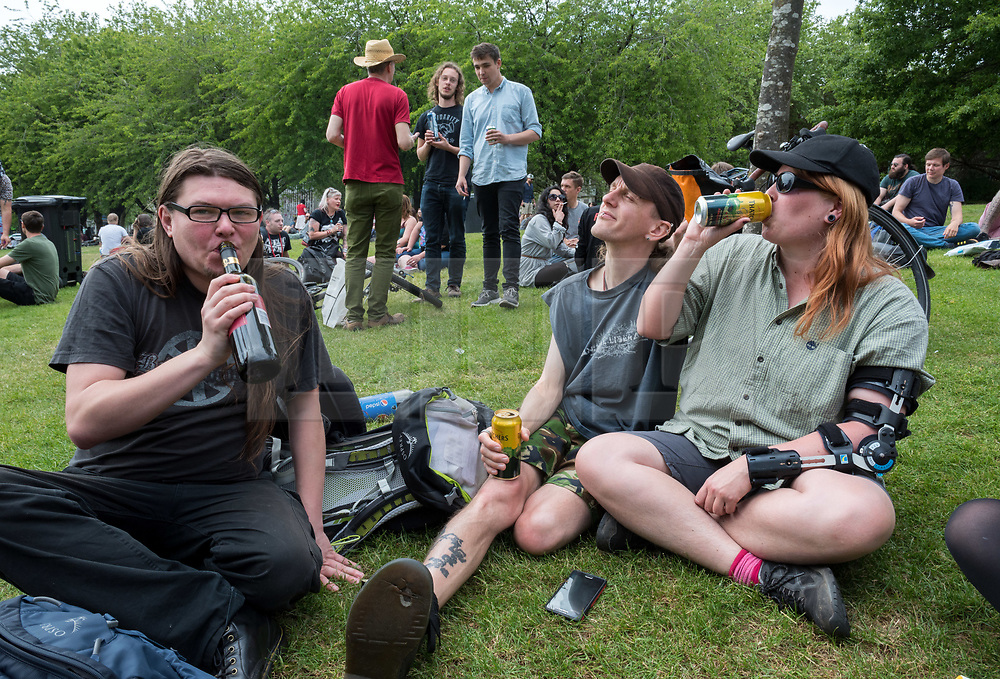