Licensed to London News Pictures. 23/10/2016. Harvested improvised explosive devices, laid by the Islamic State during their two year occupation of the Bartella area of Iraq, wait for disposal by the side of the Erbil to Mosul road. 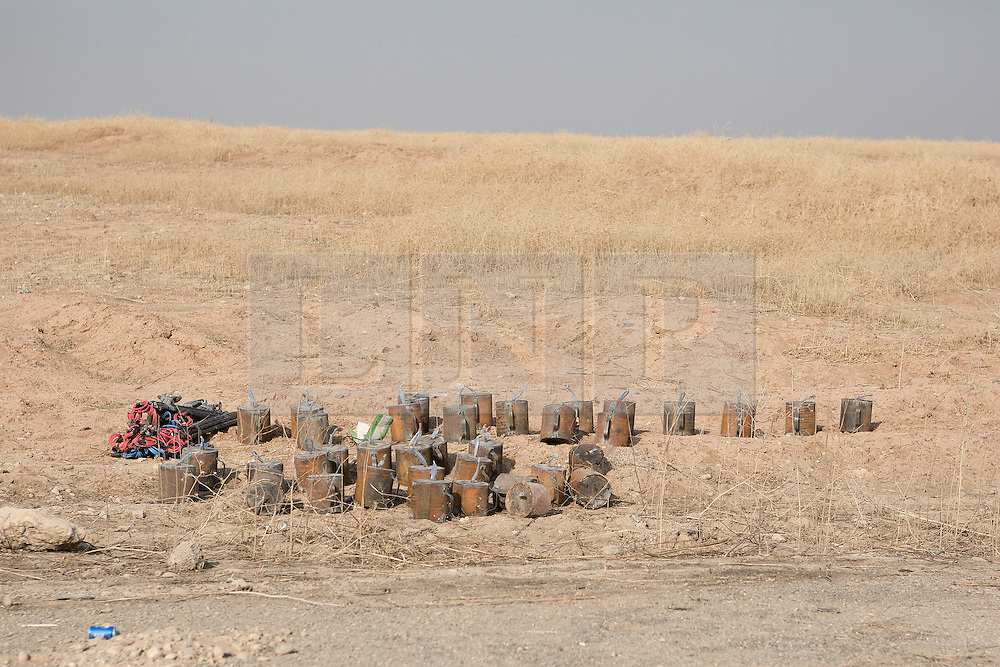