© Licensed to London News Pictures. 12/09/2012. LONDON, UK. Household Cavalry Lance Corporal of Horse Josh Tate, on his horse Evolution, and Royal Signals Corporal Daniel Hale jump through flaming rings in Hyde Park London today (12/09/12) during a taster of some of the acts taking part in the 2012 British Military Tournament. The theme of this year's tournament, involving all arms of the British military, is the life and times of Her Majesty the Queen and takes place at Earls Court in London on the 8th and 9th of December. Photo credit: Matt Cetti-Roberts/LNP 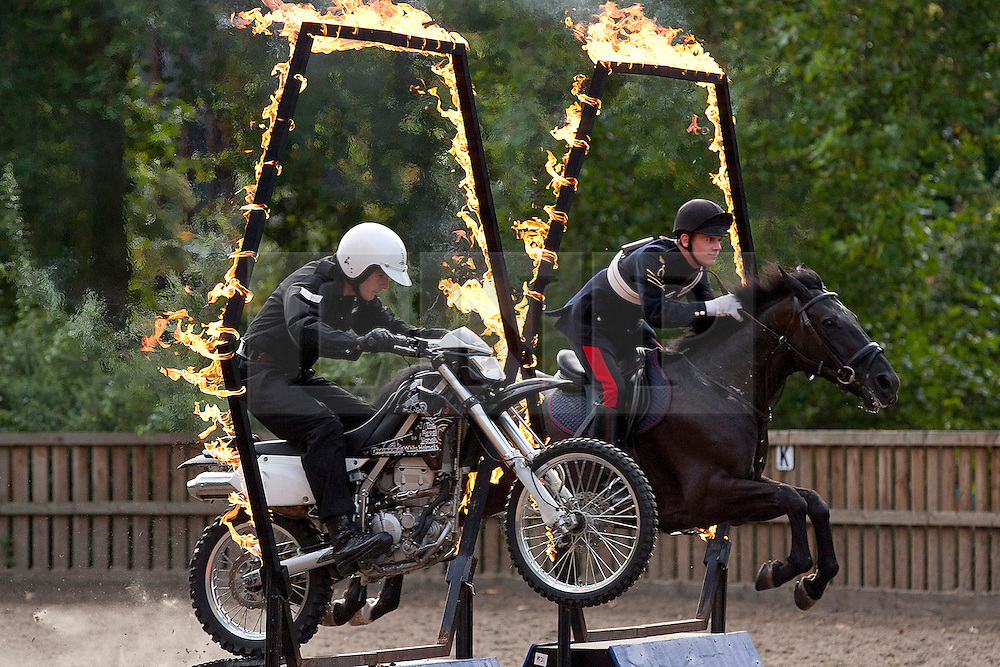