© Licensed to London News Pictures. 04/11/2016. Hamdaniyah, Iraq. Amor Idris and two friends sort through the charred remains of his family's corner shop in the recently liberated town of Hamdaniyah, Iraq. The shop, which once sold alcohol, was burnt by ISIS extremists during their two year occupation of the town which was retaken by Iraqi Security Forces during the ongoing Mosul Offensive. 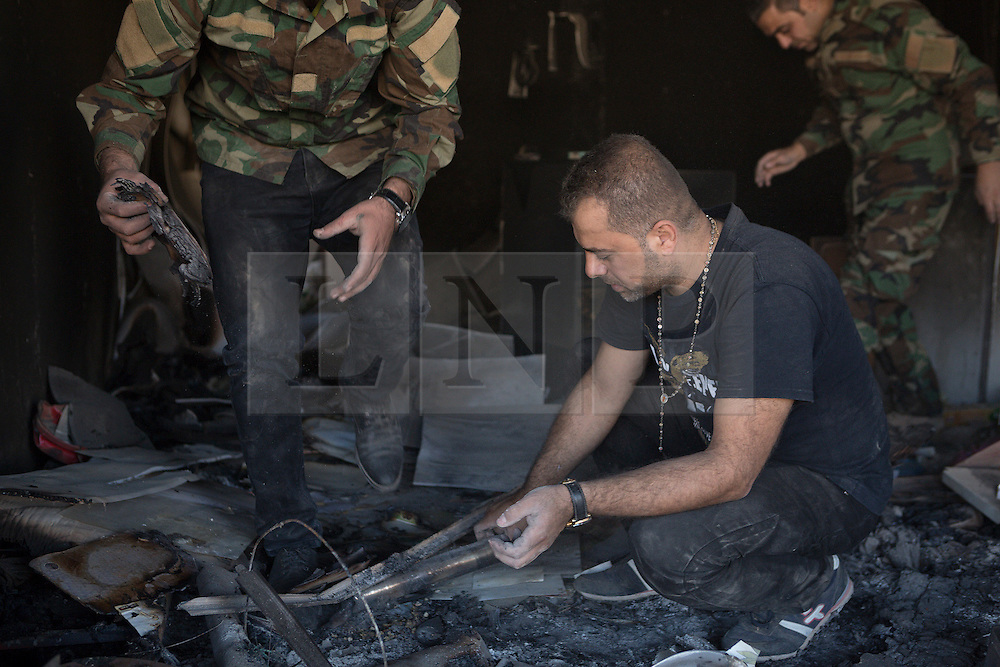