© Licensed to London News Pictures. 10/10/2013. A Grade-II listed former theatre in Woolwich is being restored to its former glory by a London based church. Exterior shot of the former Granada cinema turned bingo hall and now turned church. It was one of only two Granada cinemas to be given Grade 2 listed status. The church will soon begin to repaint parts of the exterior and is in discussions with heritage consultants and the local council about other changes. More copy at: http://www.greenwich.co.uk/woolwichgranada.txt Credit : Rob Powell/LNP 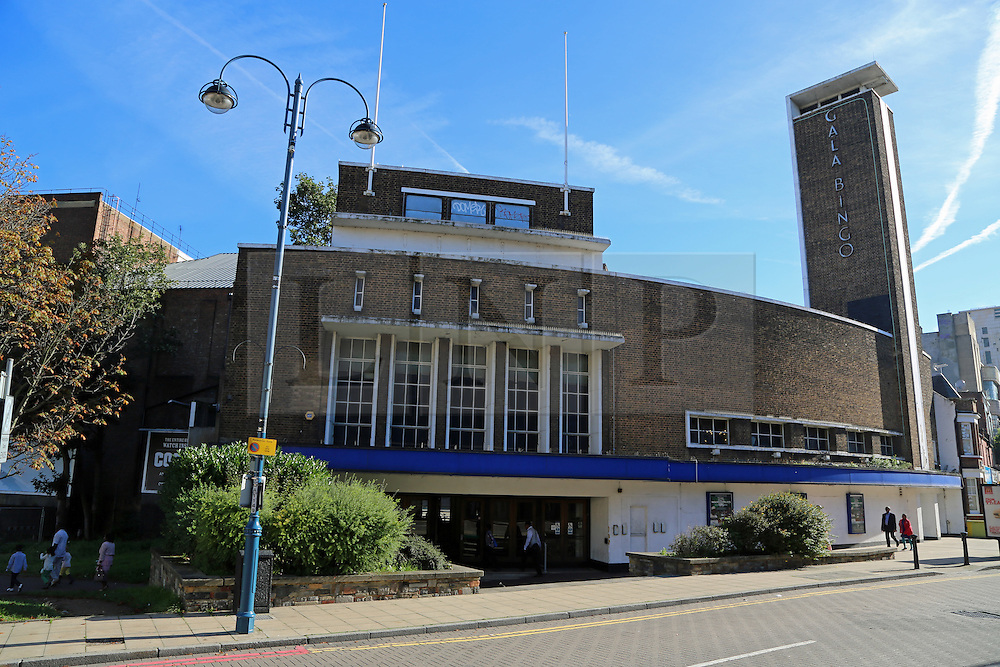