© Licensed to London News Pictures. 15/09/2016. London, UK. Grieving relatives, including the sister of a victim (pictured wearing blue dress) at scene of a double shooting in a block of flats in East Finchley. Police were called by London Ambulance Service at 06:25hrs this morning to reports of two people injured at an address in north London. A man and a woman were found with gunshot injuries. Both were pronounced dead at the scene. Photo credit: Ben Cawthra/LNP 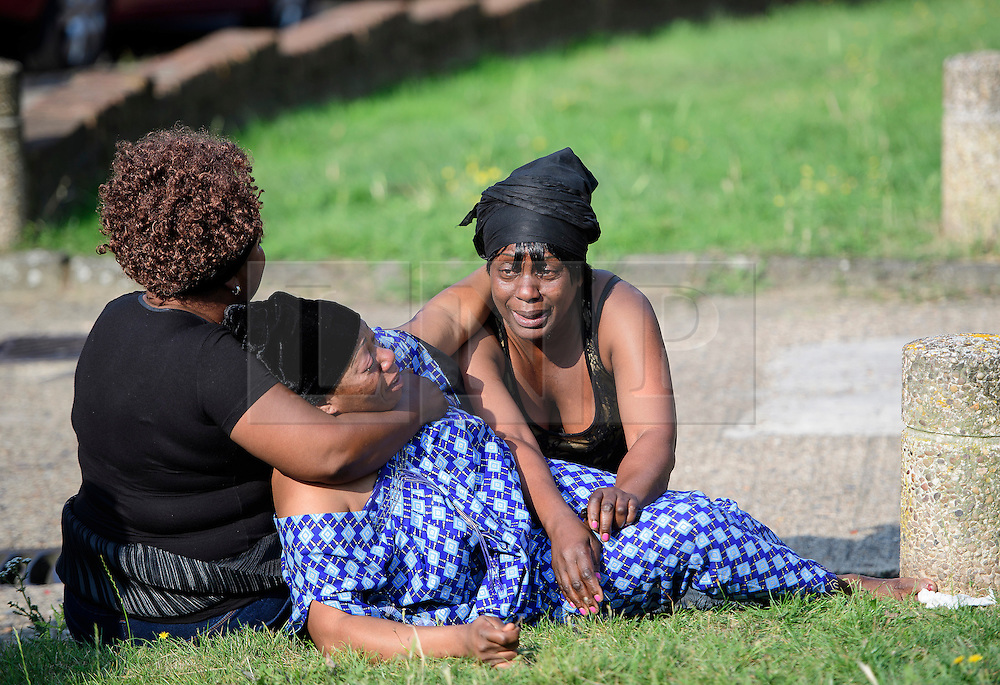