© Licensed to London News Pictures. 09/02/2016. Ashbourne, UK. Rival teams 'Up'ards' and 'Down'ards' battle for the ball during the first day of the Royal Shrovetide Football match in Ashbourne, Derbyshire. For two days, over Shrove Tuesday and Ash Wednesday, hundreds of participants battle it out in a 'no rules' game dating back to the 17th Century where the aim is to get a ball into one of two goals that are positioned three miles apart at either end of Ashboune. Photo credit: Tolga Akmen/LNP 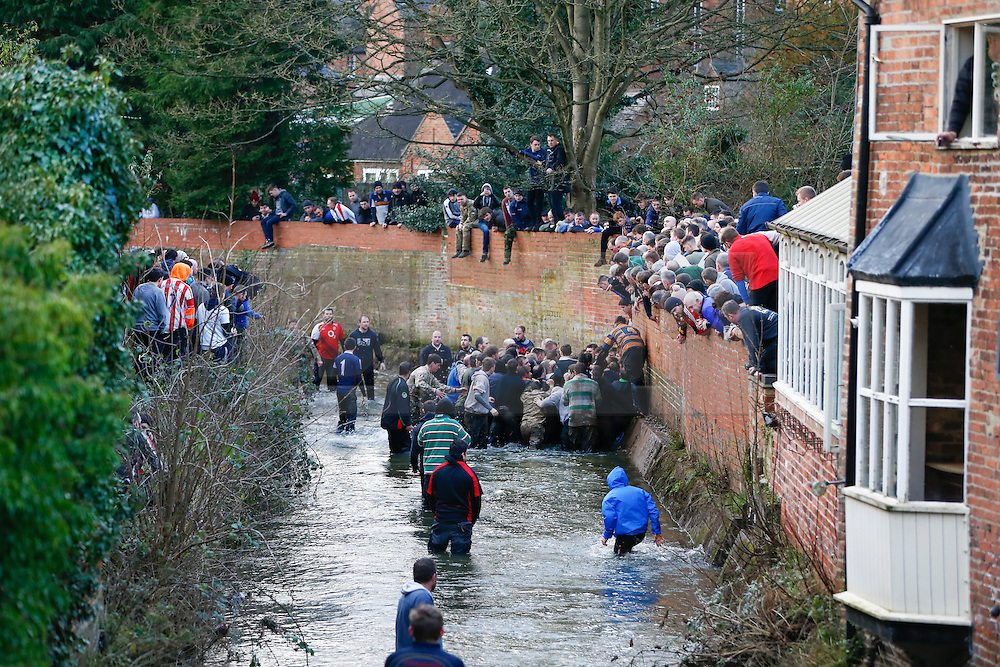