© Licensed to London News Pictures. 19/02/14 Son, 14, of oil millionaire is murdered. Crime Scene pic: 17/02/2014. Essex, UK. Kent and Essex Serious Crime Directorate have begun a murder investigation after an incident in Grays, Essex. About 1100am this morning police were called to a flat in Roseberry Road, where they found a teenage male with knife wounds. He was declared dead a short while later. An 18 year old male was arrested at the property on suspicion of murder. Photo credit : Simon Ford/LNP 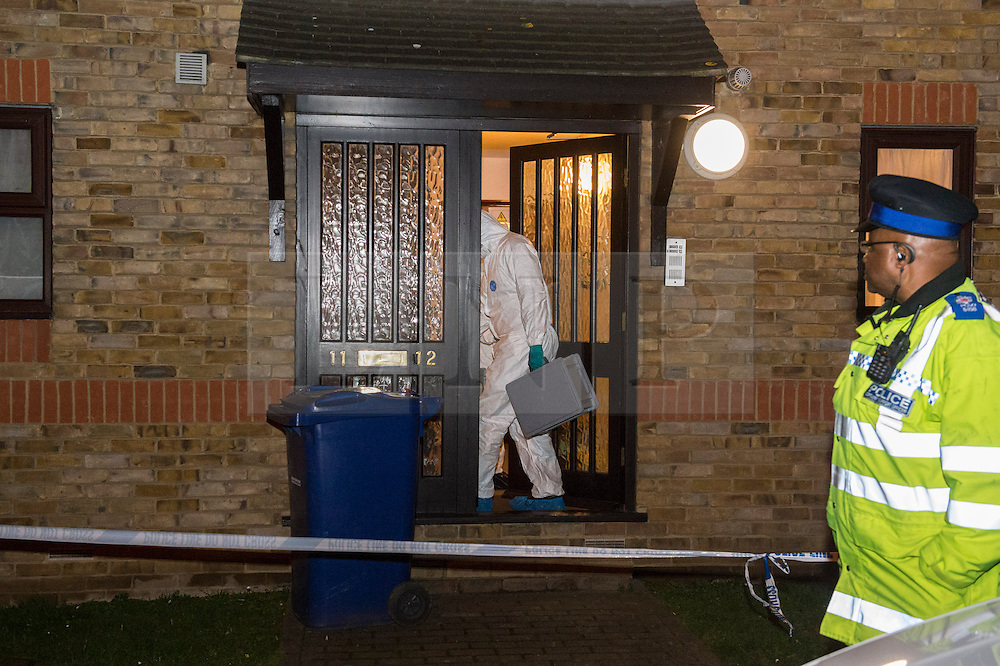