© Licensed to London News Pictures. 15/09/2018. York UK. European motorcycle champion Katy Calmon rides a prototype bike today at Elvington Airfield near York in an attempt to establish a new world speed record for Partial streamlined 500cc bikes over 1 mile. The bike designed by a team of french apprentice engineers who recently graduated from I'ITII in Normandy is loosely based on a Ducati 999R & is frameless as the machined engine housing is integrated into the rear wheel with the radiator on the back. The team started the project three years ago & have designed & built the bike from scratch. Photo credit: Andrew McCaren/LNP 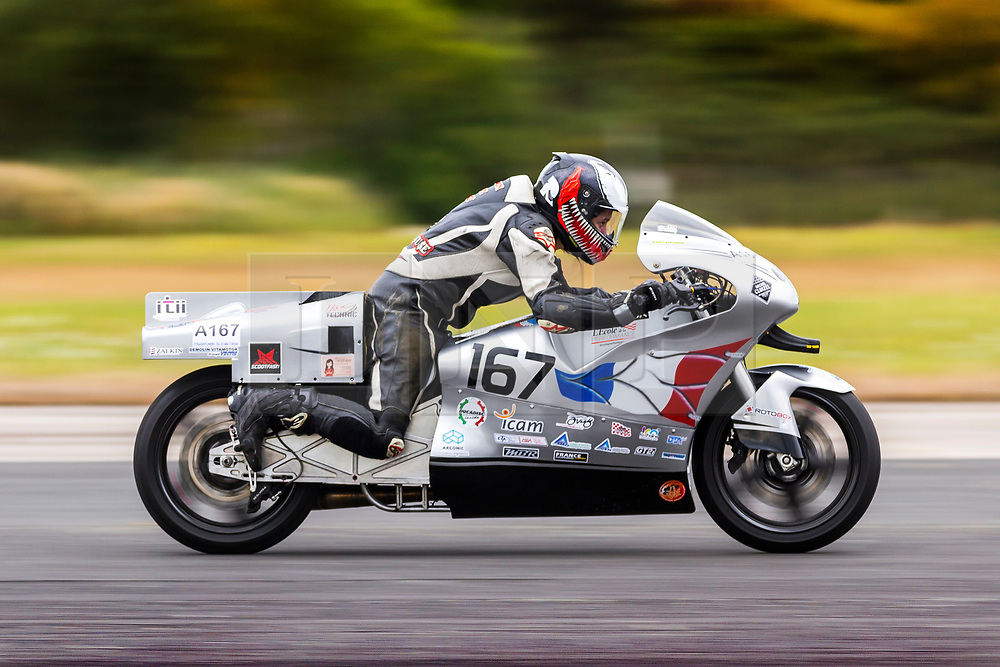