© Licensed to London News Pictures. 07/04/2018. Bristol, UK. Protest in Bristol city centre in support of Gaza, to call for an end to the siege of Gaza and demand the UK government to condemn the Israeli state's actions. Similar protests are scheduled in London (outside Downing Street), Manchester and other places today, following recent clashes between Palestinian protestors in Gaza and Israeli security forces guarding the border fence. On 30 March 2018, Land Day, Palestinian protesters seeking to return to ancestral land in what is now Israel were fired at with live bullets by Israeli snipers that killed 15 people and injured over 1,400, with 20 in a critical condition. In further protests on Friday 6 March, 9 Palestinians have been killed and 780 wounded. The Bristol event was organised by the Bristol Palestine Solidarity Campaign and Bristol Stop the War Coalition. Photo credit: Simon Chapman/LNP 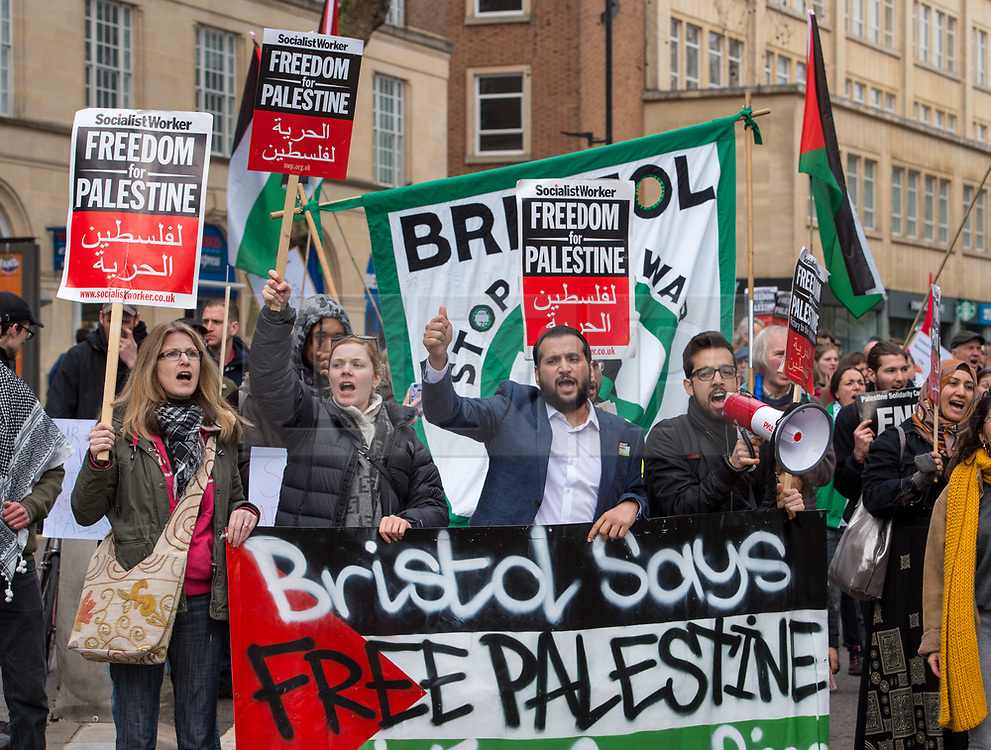