© Licensed to London News Pictures. 30/06/2015. London, UK. Armed police on the scene helping an injured women. . Members of the emergency service take part in a mocked-up terrorist firearms attack at Aldwych station in central London. The exercise is the biggest to take place in London and is happening a week after dozens of people where killed when a gunman opened fire on a beach in Tunisia. Photo credit: Ben Cawthra/LNP 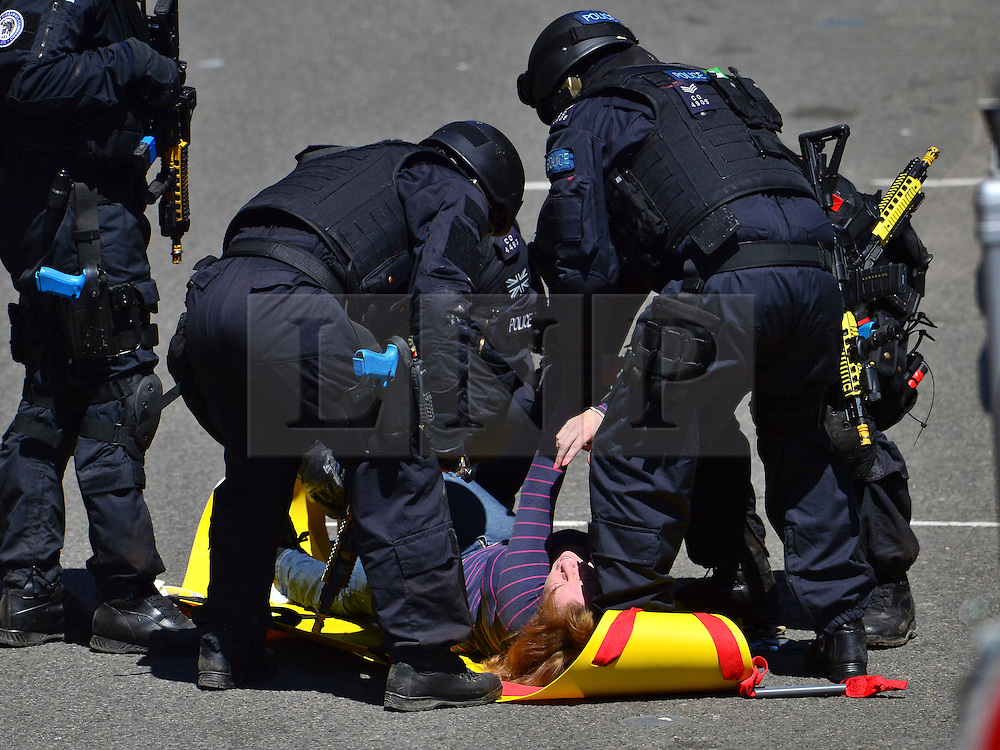