© Licensed to London News Pictures. 10/06/2020. Leeds UK. A statue in Leeds has been highlighted as a symbol of slavery and colonialism by anti-racism campaigners.
The Grade II-listed monument of former British prime minister Sir Robert Peel has stood at the northern edge of Woodhouse Moor, Hyde Park, since 1937. However, campaigners have now launched a petition which states that it should be removed. It comes after a statue of slave trader Edward Colston was toppled by large crowds of Black Lives Matter protestors in Bristol. Several other statues in other cities across the UK are now being highlighted as monuments that glorify British colonialism. Photo credit: Andrew McCaren/LNP 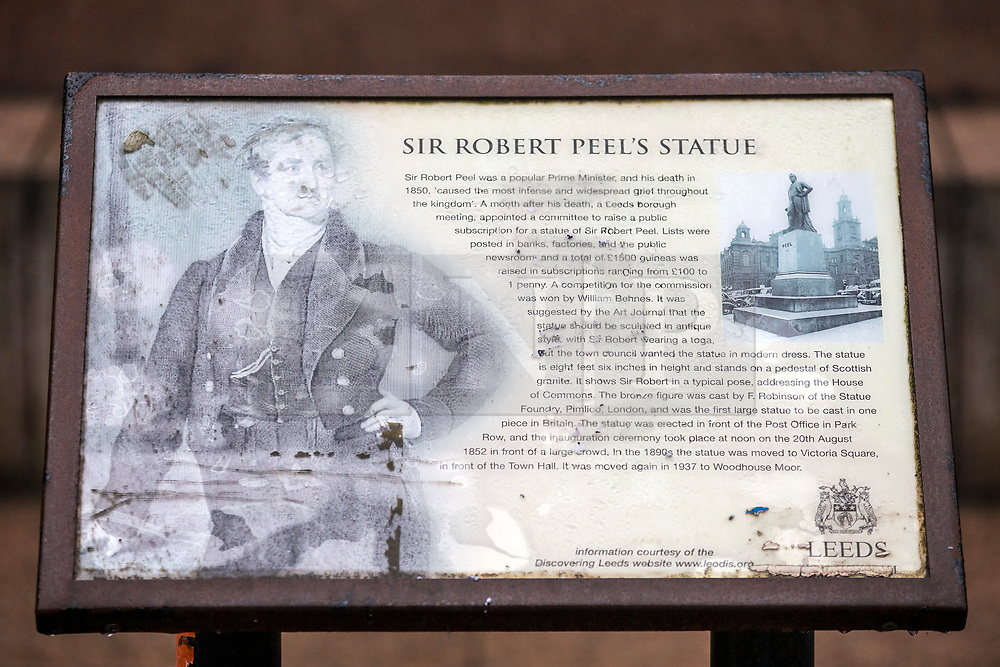