© Licensed to London News Pictures. 05/01/2018. Manchester, UK. A police honour guard lines the stairway to the Great Hall . Police officers and railway workers who came to the aid of victims in the wake of the terrorist attack at an Arina Grande concert at the Manchester Arena in May 2017 are honoured at a commendation ceremony at the Great Hall at Manchester Town Hall. Amongst those honoured are officers from British Transport Police and Northern Rail staff . Photo credit: Joel Goodman/LNP 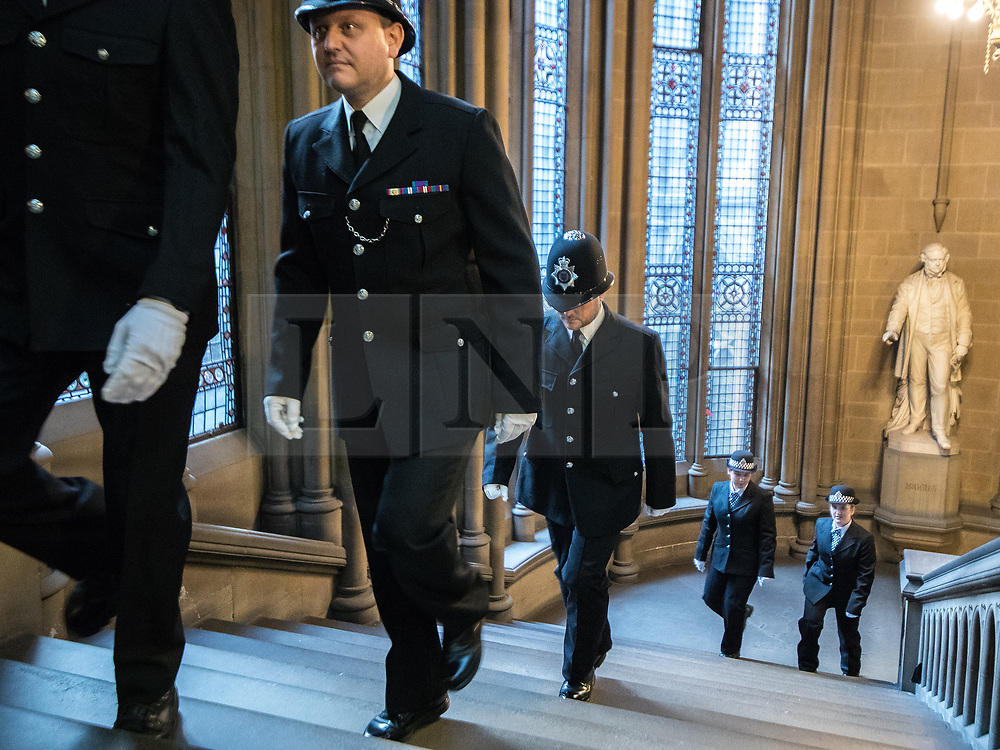