© Licensed to London News Pictures . Manchester , UK . FILE PICTURE DATED 29/12/2013 of a PCSO standing behind police tape adjacent to the River Medlock off Oxford Road in Manchester City Centre as two officers search the footpath adjacent to the canal . The search for a 17 year old from Stockport , who was last seen in the early hours of Saturday 28th December in Manchester City Centre following a night out with friends . Greater Manchester Police have issued a statement after suggestions that a number of deaths in and around Manchester's canals may be linked to a serial killer , named in local folklore as " The Pusher " . The statement said " Absolutely no evidence whatsoever of foul play has been established " . Photo credit : Joel Goodman/LNP 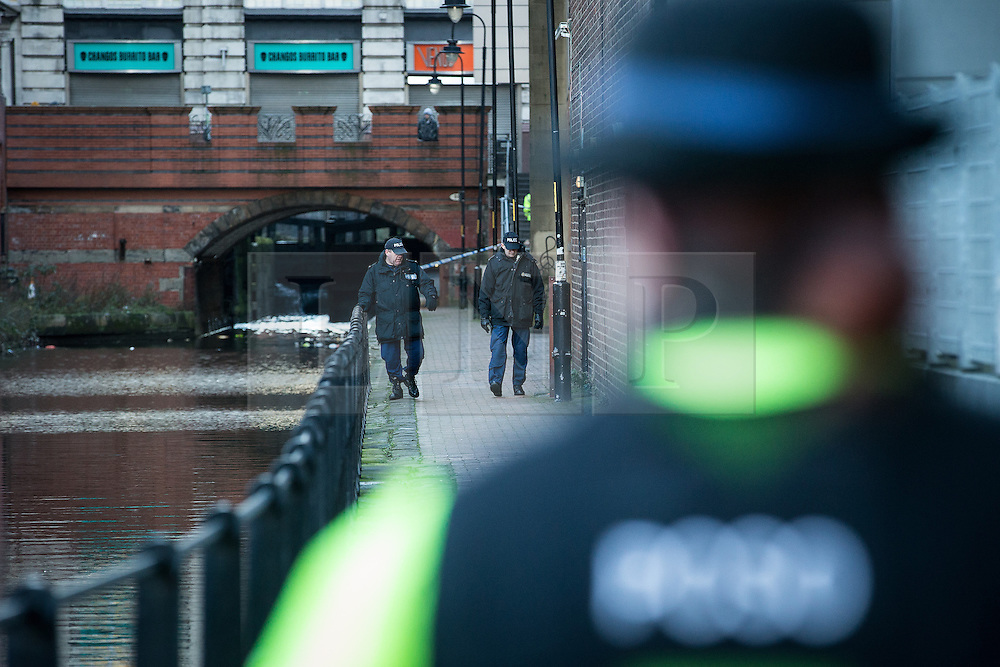