© Licensed to London News Pictures. 08/10/2018. Bristol, UK. 'Extinction Rebellion' campaign event 'Make Ecocide Law' about the threat of climate change, at Bristol Magistrates Court and Marlborough Street. The campaign wants to make ecocide a crime in UK law, saying the threat of climate change threatens the lives of millions of people on the planet. The campaign is organised by Rising Up, and the event happened on the day that the Intergovernmental Panel on Climate Change (IPCC) has issued a special report on the impact of global warming of 1.5C. Campaigners used removable chalk spray to write on the windows of Bristol Magistrates Court, and blocked the main road before being removed by police. There were three arrests. Rising Up plans more actions in November. Photo credit: Simon Chapman/LNP 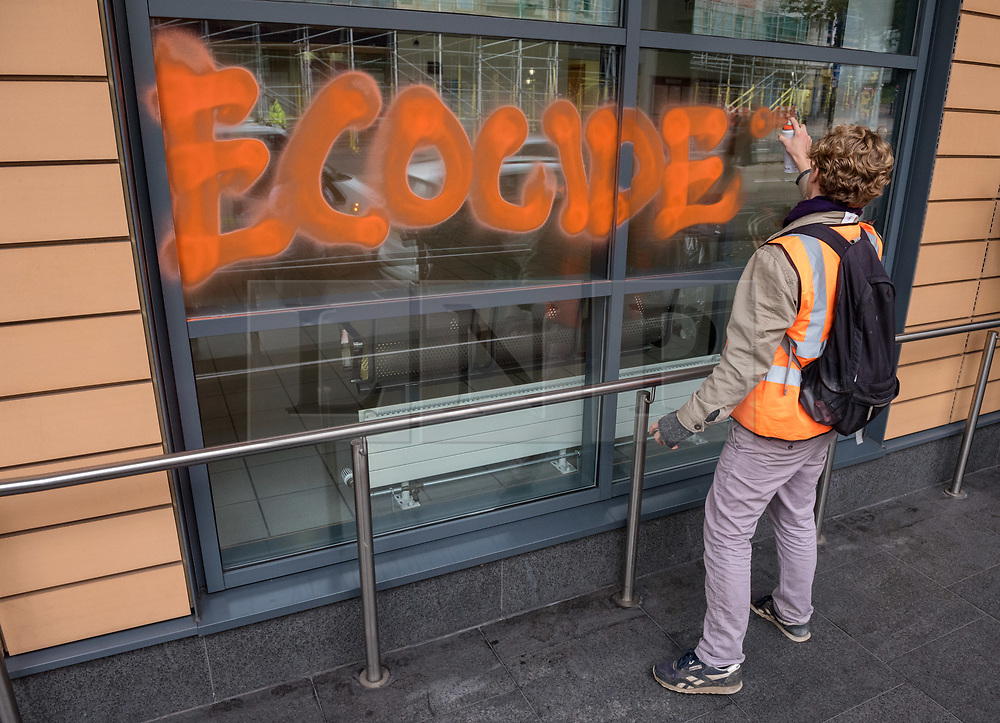